Previous day’s report ended with this ‘Value for the day was higher but the excess at top could mean that the upside probe which started last week has ended and NF could begin to form a balance here or give a retracement to 9933 / 9868 & 9785 in the coming session(s).‘

NF moved away from yesterday’s POC all be it on lower volumes as it left a selling tail from 10110 to 10066 in the IB and probed lower hitting the first target & VPOC of 9933 as it almost completed the 2 IB objective where it formed poor lows indicating exhaution on the downside and completed the day as a nicely balanced ‘b’ shape profile which indicates long liquidation. The auction once again formed a prominent POC at 10020 & closed around it so would be interesting to see if it gives a move away from this POC or starts to form a balance around it in the next session. 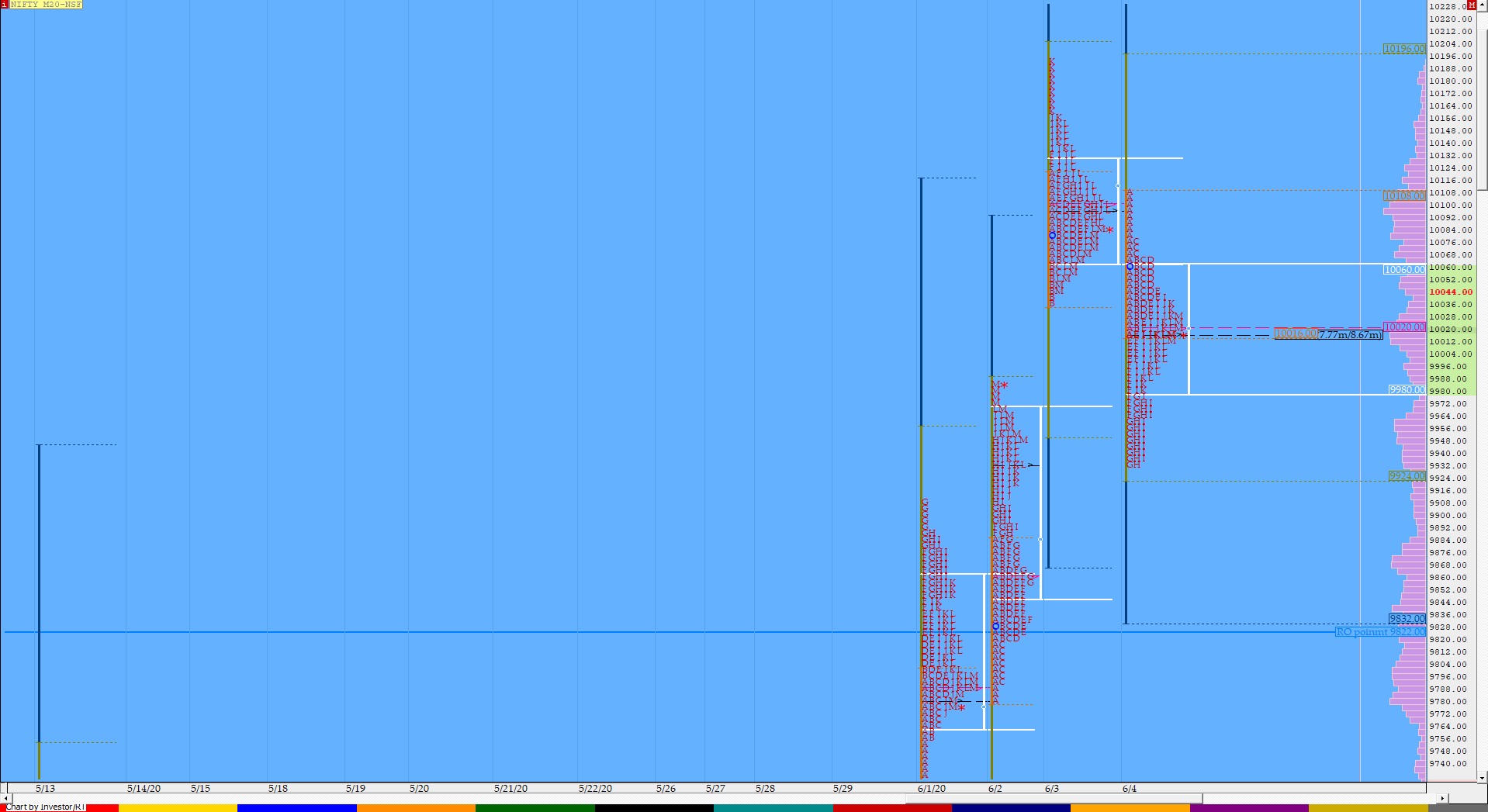 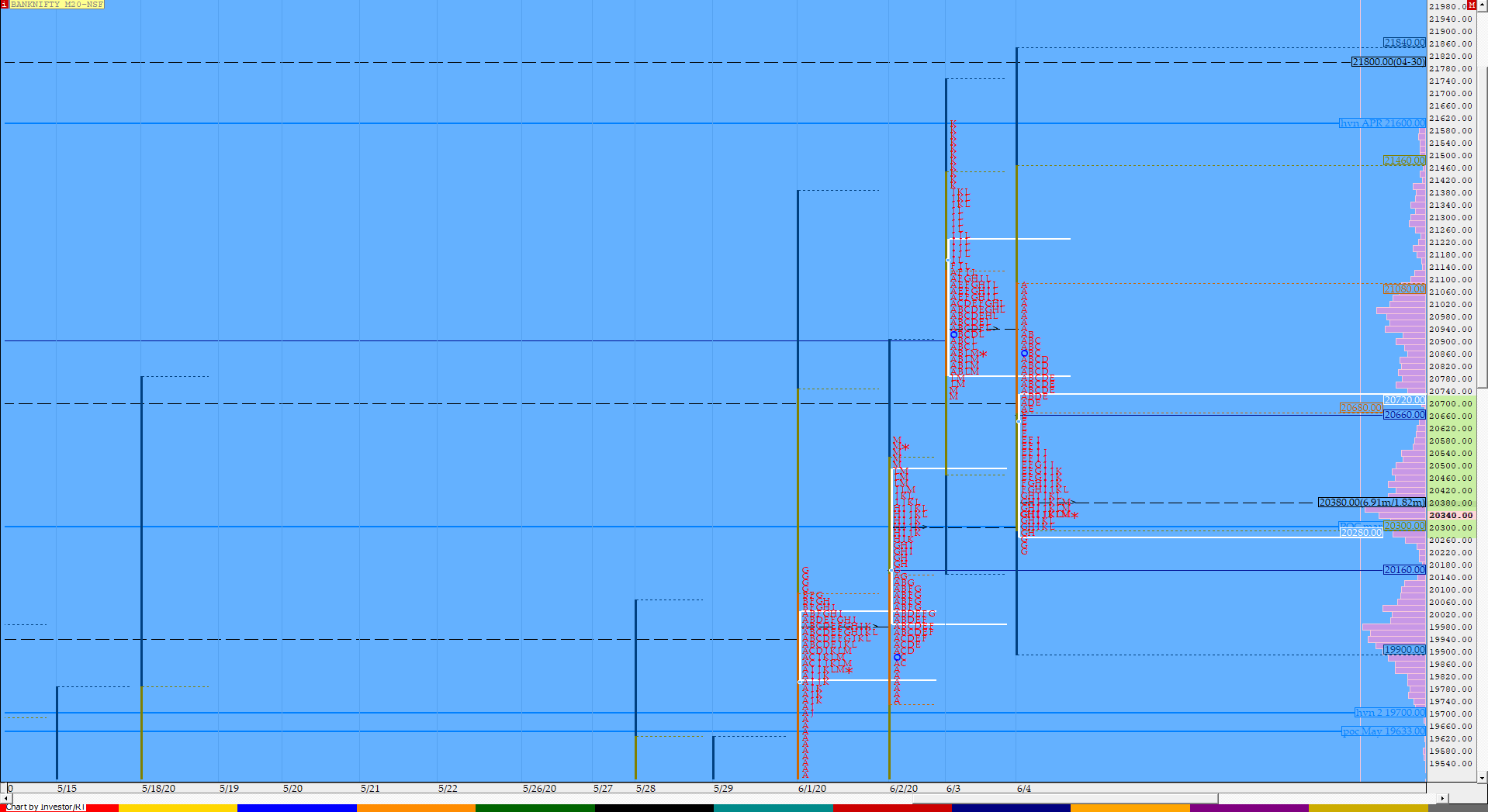 BNF also moved away from previous day’s POC leaving a selling tail from 20928 to 21080 in the IB after which it formed a small balance before giving a RE (Range Extension) to the downside as it left an extension handle at 20680 and went on to tag the 2 IB objective of 20280 in the ‘G’ period where it made lows of 20233 and in the process tagging the lower VPOC of 20300. However, the auction left a small tail 50 point tail at lows which indicated the end of down move for the time being after which it formed another balance as the day’s POC also shifted to 20380 where it eventually closed to give a Double Distribution profile on the daily. Value for the day was completely lower so staying below 20380, there is good chance that BNF could probe lower towards the extension handle of 20155 & the HVN of 19980 in the coming session.