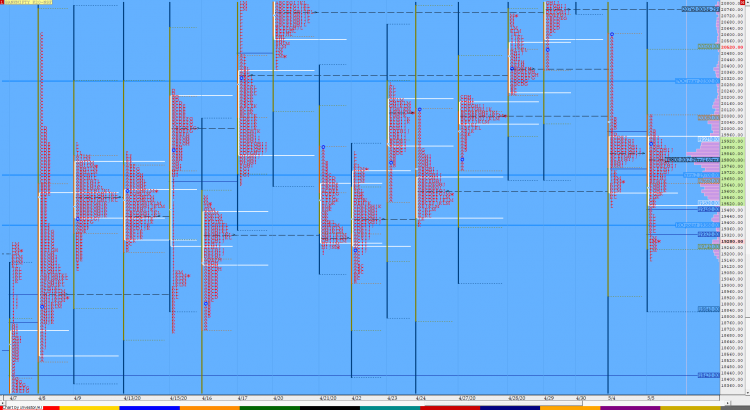 NF opened with a gap up of 125 points but got stalled right below yesterday’s selling tail of 9422 to 9477 as it made a high of 9420 and began a slow probe lower as it went on to tag the yPOC of 9354 while making a low of 9321 in the IB almost completing the 80% Rule in previous Value. The auction then began to form a balance inside the IB range till the ‘F’ period where it made an RE (Range Extension) lower and followed it up with another lower low of 9290 in the ‘G’ period but could not sustain below the IBL which led to a retracement above VWAP as NF tested the ‘B’ period high of 9400 leaving a PBH (Pull Back High) there in the ‘I’ period and as often happens on an OAIR day, the late afternoon break of VWAP led to a spike lower which started in the ‘K’ period in form of an extension handle at 9290 as the auction went on to make lows of 9190 in the ‘L’ period completing the 2 IB objective and stopping just above that weekly VPOC of 9177 before closing at 9208. The Value for the day was almost inside that of the previous day’s and NF has formed a nice 2-day composite ‘b’ shape profile with overlapping POC (Click here to view the MPLite chart) and Value at 9289-9358-9414 and looks good to give a fresh move away from this balance. Spike rules will be in play at open for tomorrow & the reference is 9190 to 9262. 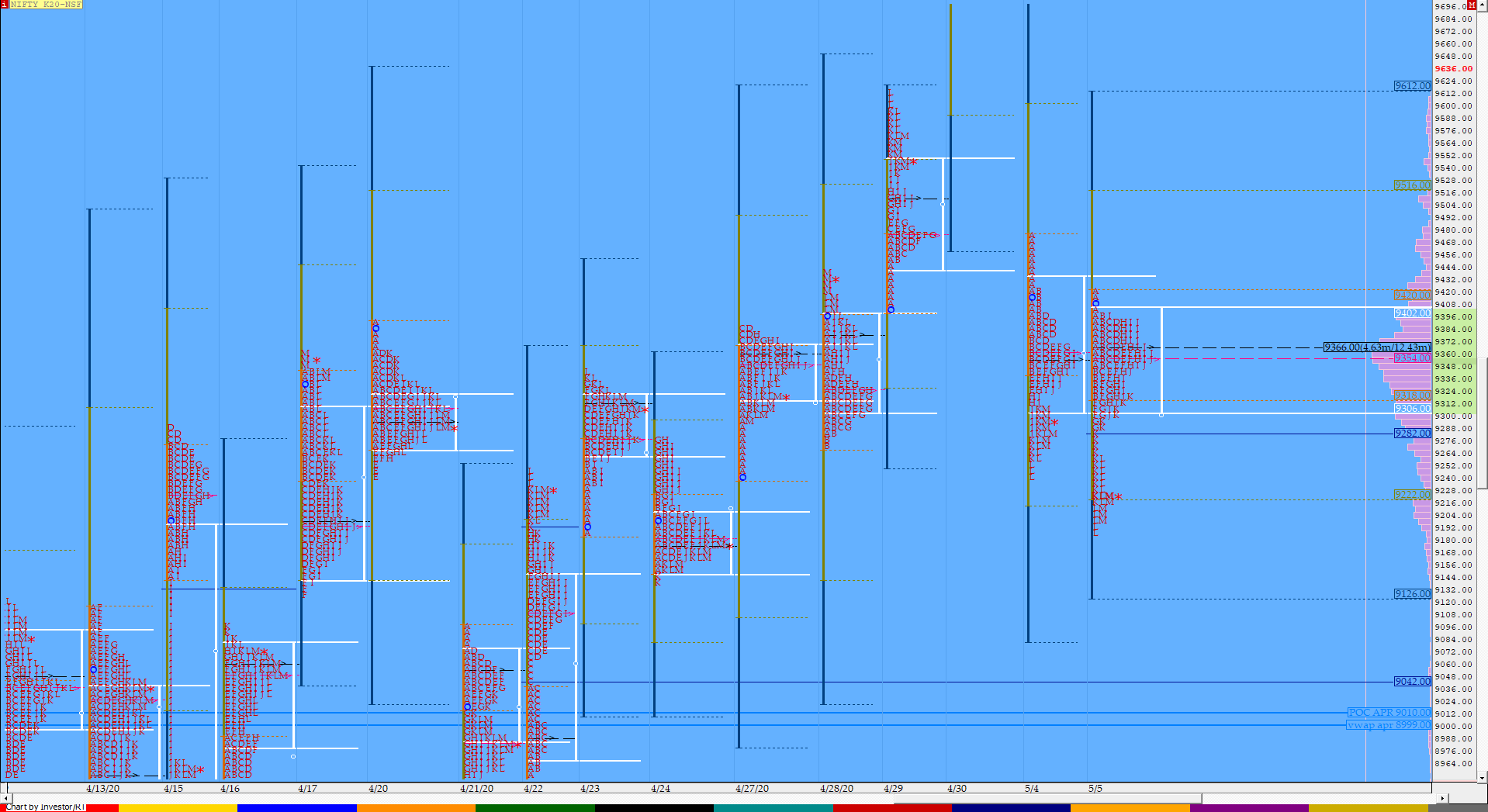 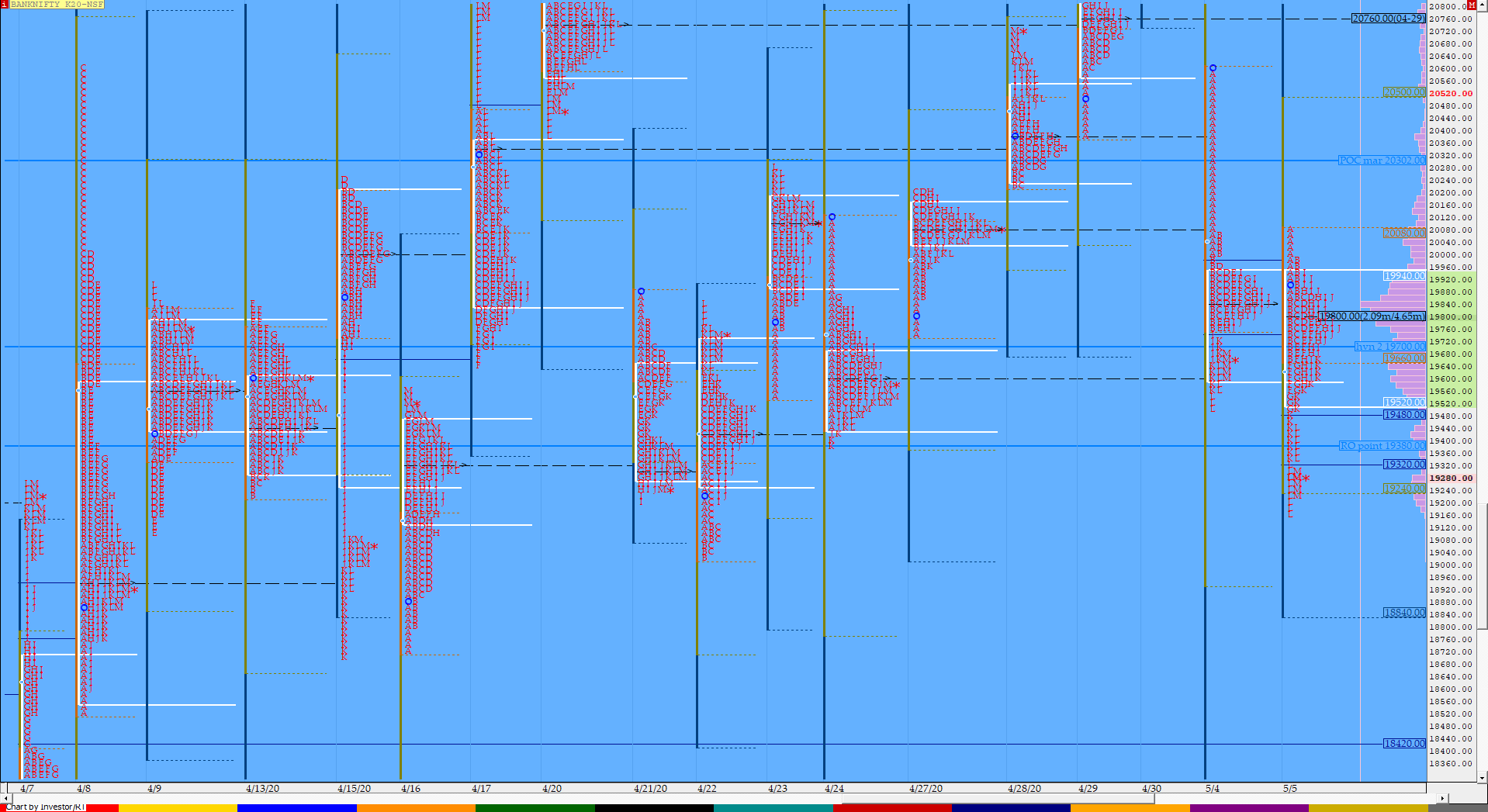 BNF also opened higher and tested the selling tail of 20078 to 20600 but got rejected at the HVN of 20090 as it made highs of 20098 after which similar to NF, it started to make a slow probe on the downside completing the 80% Rule in yesterday’s Value as it tagged 19660 in the IB. The auction then formed a balance for most part of the day leaving a nice bell shape profile inside previous day’s range as it took support just above PDL (Previous Day Low) in the ‘G’ period where it made a low of 19512. Similar to NF, BNF also made an attempt to probe above VWAP in the ‘I’ period but ended up leaving a PBH at 19958 which triggered a fresh leg to the downside leading to an extension handle at 19512 in the ‘K’ period as the auction spiked lower breaking that FA of 19394 and completed the 2 IB target of 19223 as it hit 19164 in the ‘L’ period before closing the day at 19246. The MPLite chart of the 2-day composite of overlapping Value & POC can be viewed here and the spike reference for the next open would be from 19164 to 19355 with the PLR on the downside.