NF opened higher and stayed above the yPOC of the previous day’s ‘b’ shape profile which led to a short covering drive higher in the ‘A’ period as it went on to make new highs for the week at 12260 but as soon as the ‘B’ period started, the auction broke below VWAP which was a sign that supply was coming back and the break of VWAP of a drive open generally leads to the test of the other extreme which happened in the D period as NF not only made a RE (Range Extension) to the downside but also went on to break below PDL (Previous Day Low) as it made lows of 12110 completing the 2 IB objective in the ‘D’ period itself. This imbalance of 150 points then led to a retracement to VWAP in the E period which got rejected indicating that the sellers were still in control after which the auction remained mostly in the 100 point range of the D period (12110 to 12210) for most part of the day building volumes first at 12165 before making a new low of 12101 in the L period as the dPOC for the day shifted to 12130 where it eventually closed leaving a DD (Double Distribution) Trend Day down totally engulfing the previous 2 day’s ‘p’ & ‘b’ profiles. The PLR (Path of Least Resistance) for the coming session would be to the downside if NF gets accepted below 12130 with the 12165-12170 being important supply zone for the next few sessions. 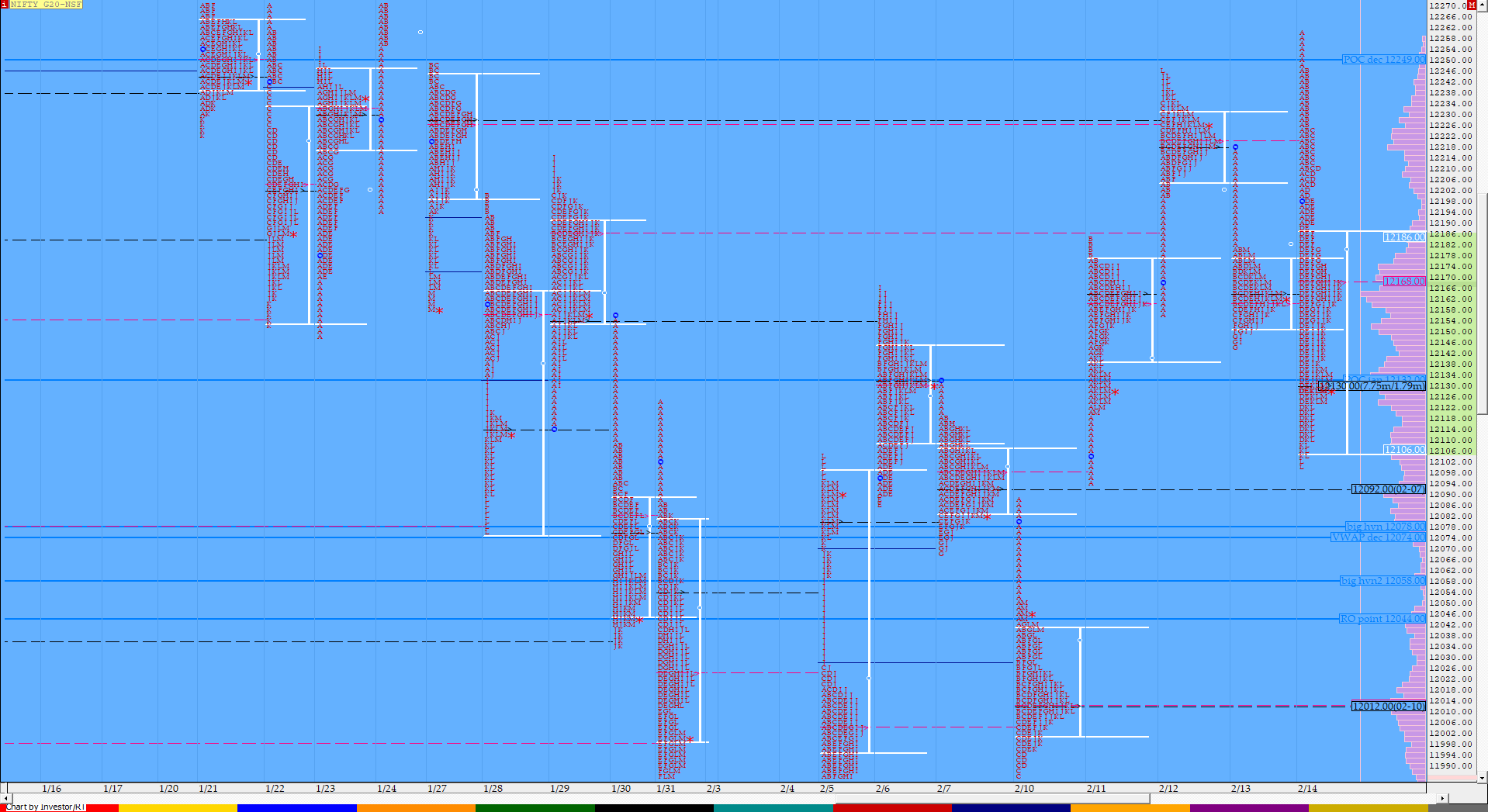 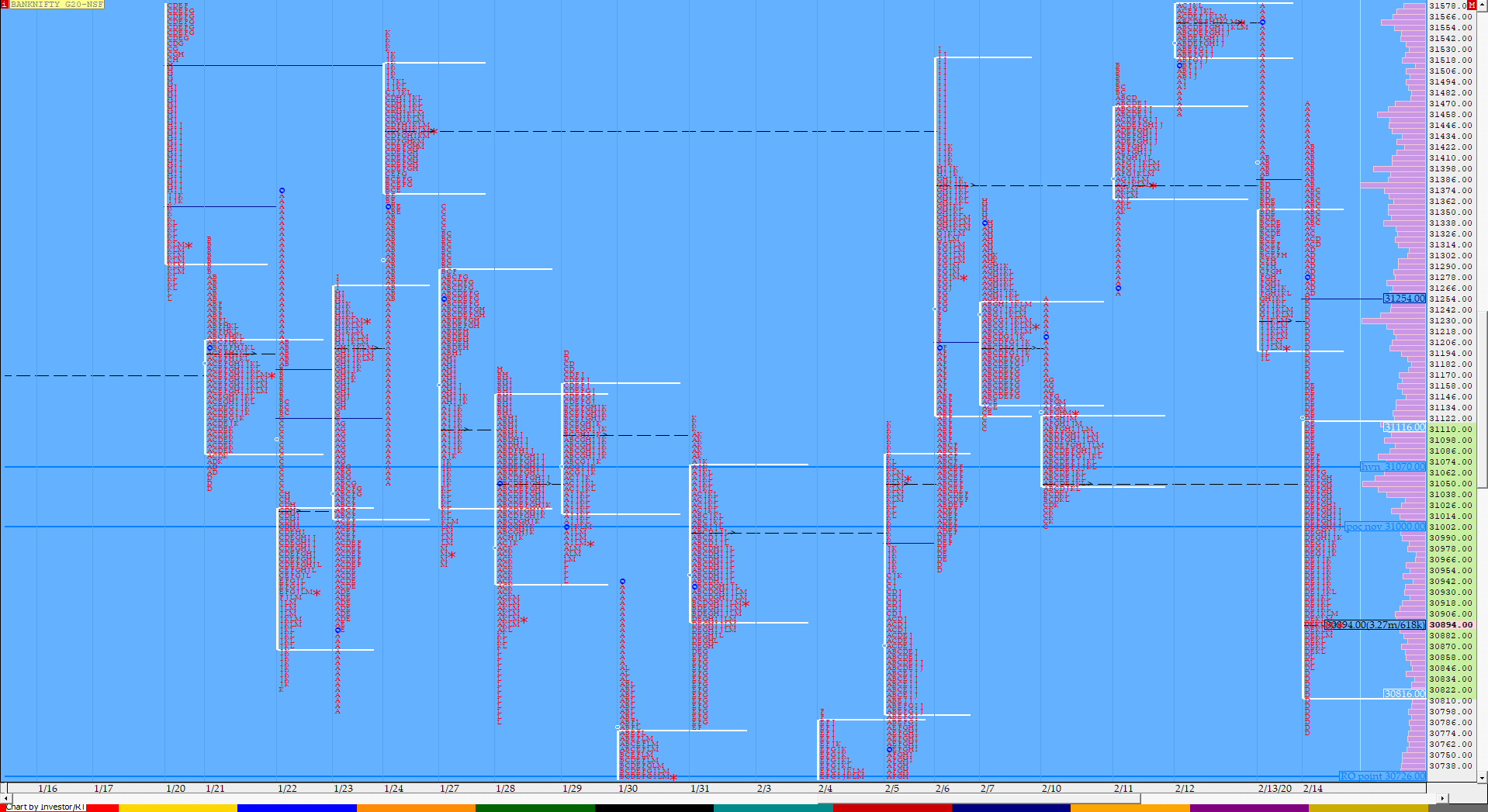 BNF opened higher & was accepted above the PBH of 31266 which led to a short covering move higher in the A period as it made highs of 31470 but broke below VWAP as soon as the ‘B’ period started which was a very bearish sign and a signal that the lows of the day could be tested. The auction then made a big RE to the downside in the D period leaving an extension handle at 31260 and not only did it break below the PDL of 31189 but went on to complete the 3 IB objective of 30839 inside the 30 minutes while making lows of 30774. BNF then made a VWAP test in the E period and was rejected at 31159 after which it made a slow OTF move to the downside for the rest of the day but stayed within the range of the ‘D’ period and closed around the dPOC of 30894 leaving a DD profile for the day with singles at 31159 to 31260 in the middle of the profile which also has a small buying tail from 30850 to 30774 at lows which could act as support in the coming session(s).


For more tradeable ideas and intraday trading strategies based on MarketProfile and the OrderFlow live charts with OrderFlow analysis Live, subscribe to the trading room. The Vtrender Trading Room hosts India’s largest MarketProfile community live every trading session from 9.15 am to 3.30 pm.