NF opened below the extension handle of 12373 and got rejected from the spike zone giving an ORR (Open Rejection Reverse) start as it probed lower briefly breaking below the PDL (Previous Day Low) of 12331 in the IB (Initial Balance) as it made lows of 12325 but could not break the weekly lows of 12323 after which it began to form a balance in a narrow range of just 20 points till the ‘H’ period as it left similar highs at 12246 in the E & F periods indicating that the morning supply was still persisting. The auction then made a RE (Range Extension) to the downside in the ‘I’ period making new lows for the week at 12319 but this time left poor lows there in the ‘J’ period which meant that there was no new selling coming in and this led to a big short covering move into the close as NF negated the entire selling tail of the day & went on to make a RE to the upside confirming a FA (Failed Auction) as lows as it made highs of 12392 leaving a Neutral Extreme Day. NF is in the process of forming a balance this week as we have a 3-day composite with Value at 12332-12355-12365 with the lows being exactly at Friday’s VAL so chances are good that it continues to remain in this composite making the profile complete before giving a move away. 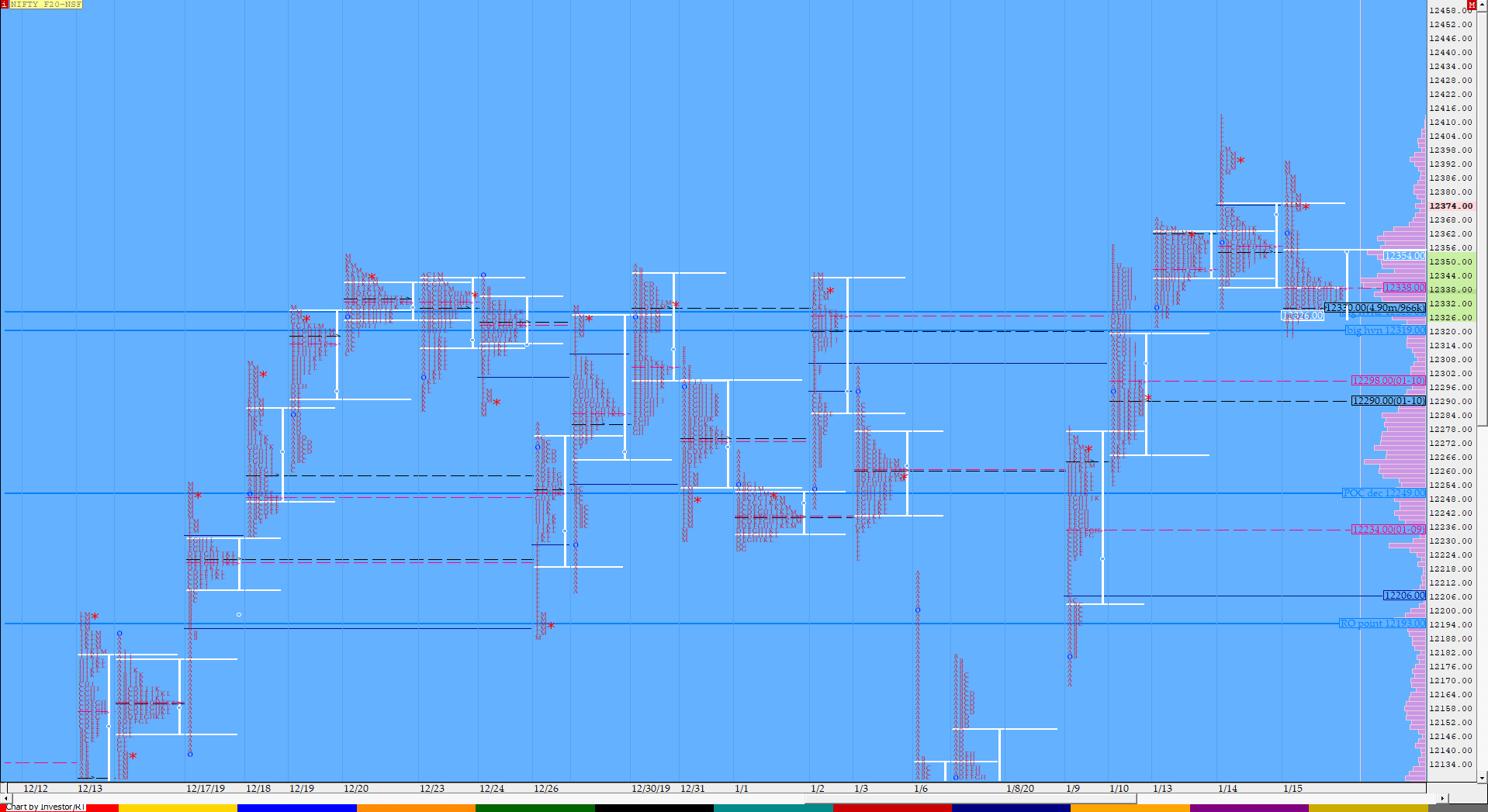 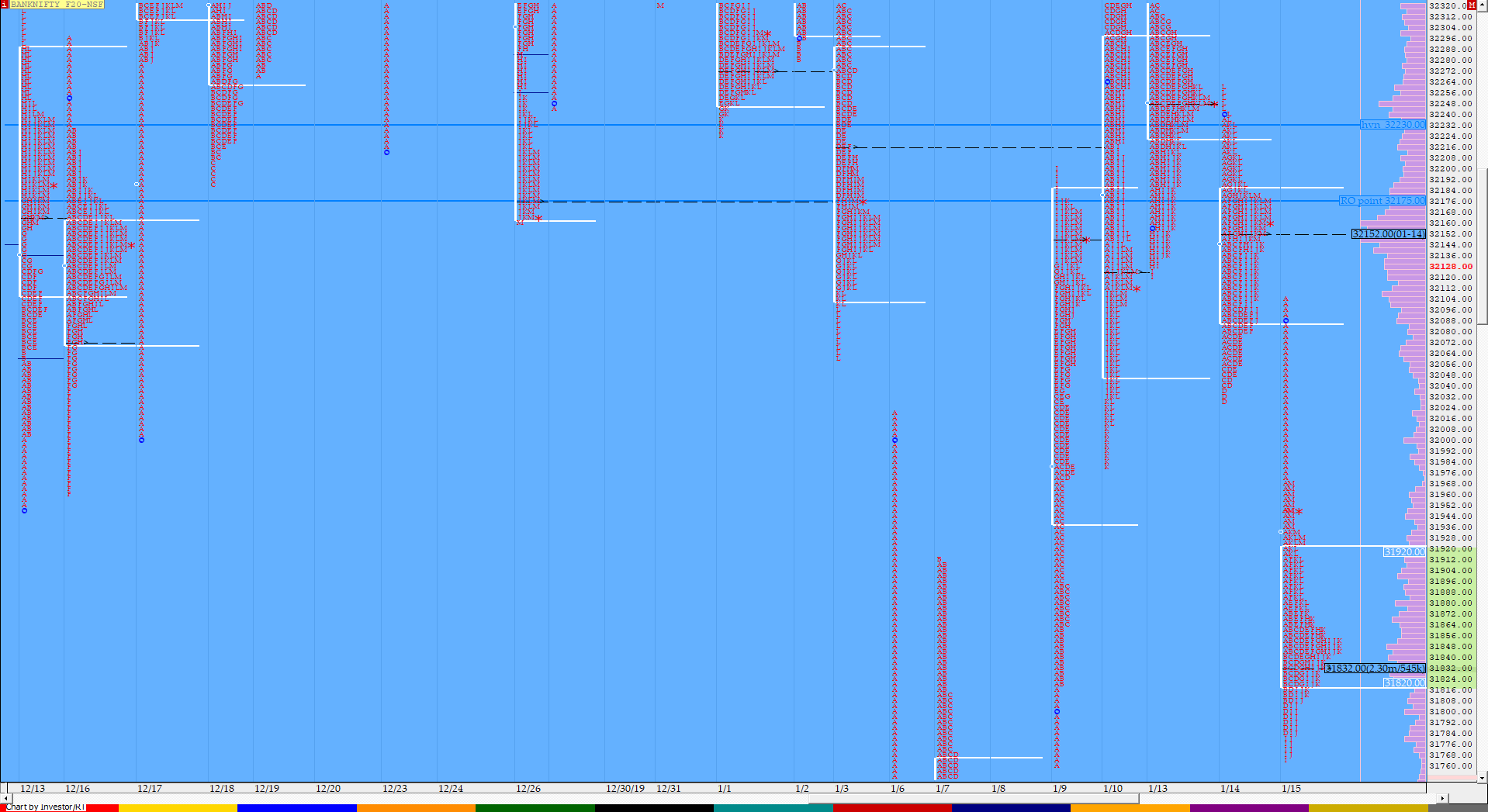 BNF opened lower giving yet another Drive Down as it negated the FA of 32032 and in the process confirmed a multi-day FA at 32260 and even hit the 1 ATR objective of 31883 in the opening 10 minutes itself. The auction then went on to make lows of 31810 in the IB and even attempted a RE lower in the ‘D’ period but could only tag 31765 after which it was pushed back into the IB and went on to test the selling tail of morning making a high of 31969 in the closing minutes leaving a ‘b’ shape profile on daily with the dPOC at 31832 which would be the important reference in the coming session. On the upside, we have a selling tail from 31970 to 32169 as the immediate reference.