NF opened higher plus gave a OL (Open=Low) start at 11913 after which it stayed above PDH (Previous Day High) to confirm an OAOR (Open Auction Out of Range) along with a buying tail from 11928 to 11900 as it made a typical narrow IB range of just 46 points post an OAOR. The acceptance inside the above mentioned composite Value meant that the auction is on for the 80% Rule but the manner in which it completed it came as a surprise as it spiked higher just as the ‘C’ period began tagging that composite VAH of 12009 to the dot but was not able to get above it indicating return of supply in this zone and gave an equally quick probe to the downside where it got supported at 11933 which was the composite VAL to the dot. NF remained in this composite Value for the rest of the day as it left a PBH (Pull Back High) of 11989 in the ‘J’ period and marginally broke below the 11933 level in the closing minutes as it tagged 11930 before closing at 11943 leaving a nice 3-1-3 balance profile with higher Value but also a selling tail from 11989 to 12009. The auction has a good chance of moving away from this profile in the next session depending on which of the excess gets negated.

(Click here to view the previous week’s auction in NF) 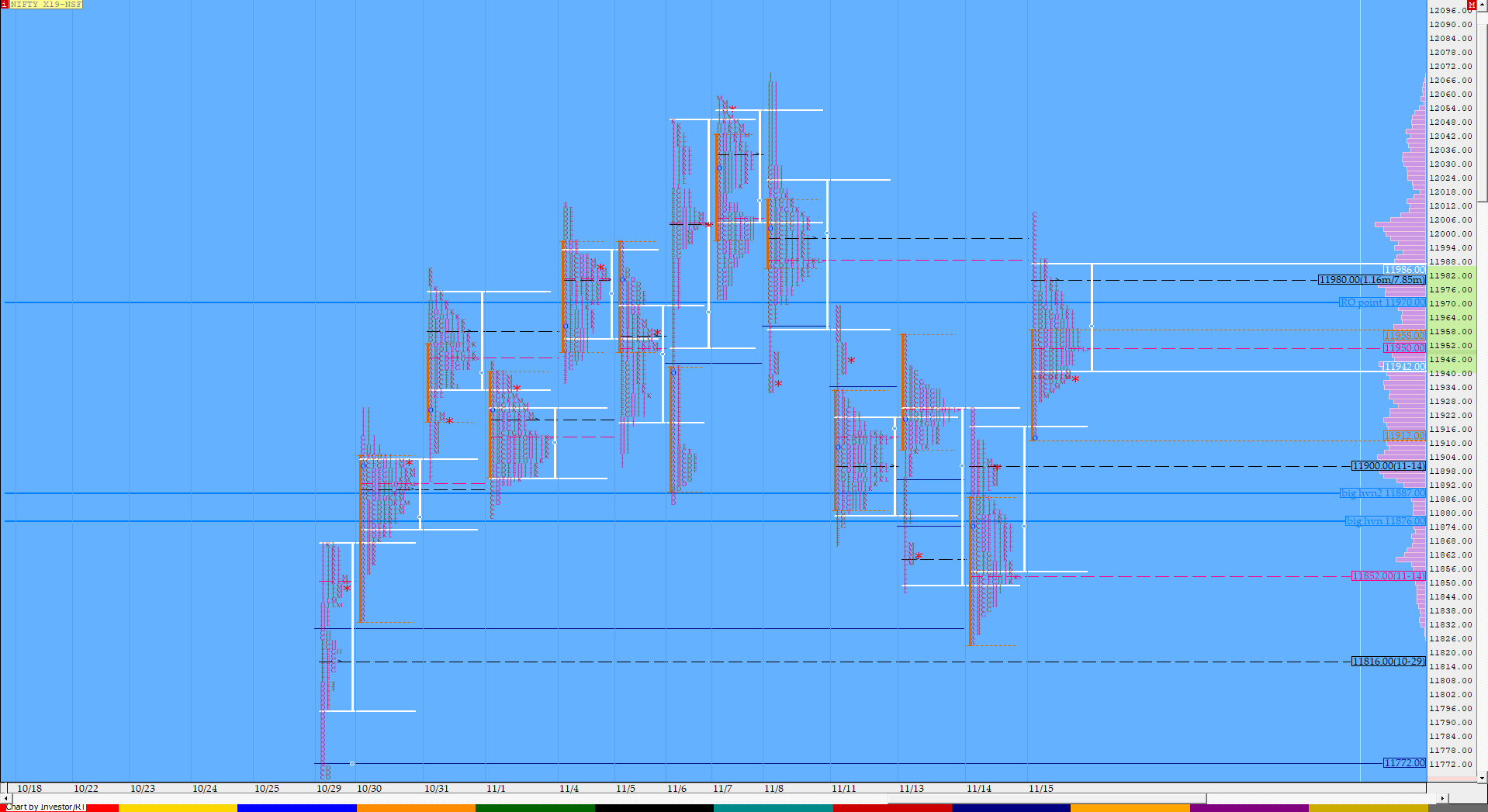 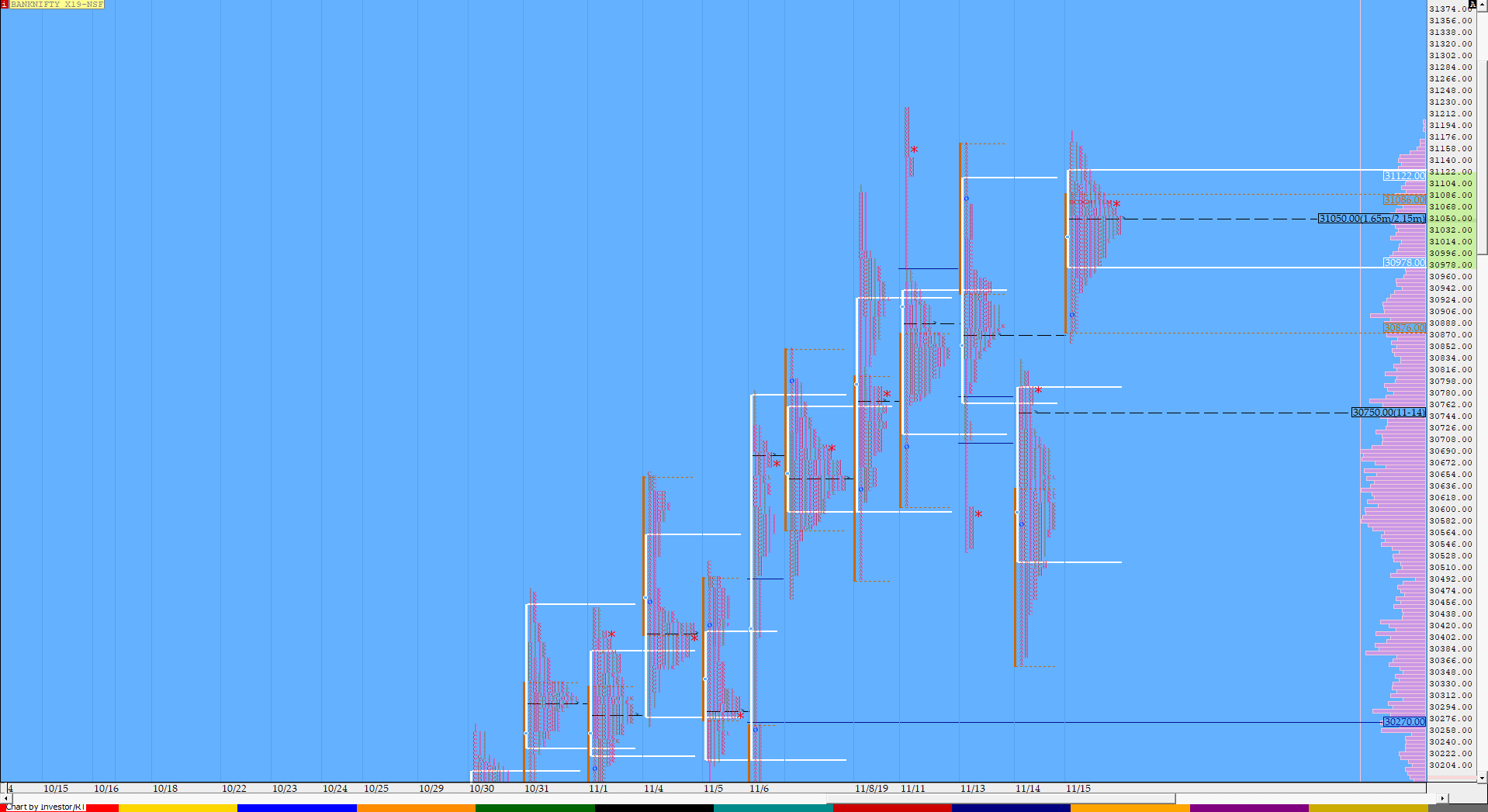 BNF also opened higher much above the PDH as it made a low of 30880 and continued to rise in the IB making a high of 31090 but similar to the auction in NF, here also there was a spike in the ‘C’ period as the auction got into that excess of 31072 to 31223 making a high of 31165 and was swiftly rejected as it went on to make new lows for the day at 30860 in a matter of 15 minutes as the ‘C’ period left a huge range of 305 points. BNF was strongly rejected at the new lows also as it climbed back above IBH in the ‘D’ period thereby confirming a FA (Failed Auction) at lows but remained in the ‘C’ period range for most of the day with the FA triggering a slow probe higher and this led to a marginal new high of 31185 for the day in the ‘J’ period but once again there was a swift correction as BNF dropped to 31018 in the ‘L’ period before closing at the HVN & dPOC of the day which was at 31050. Value for the day was higher but the range of just 325 points was the lowest not just for this series but for the last 2 months indicating poor trade facilitation and a good chance of a range expansion happening in the coming session(s)