NF opened lower with a big gap down of 380 points and stayed below Friday’s VWAP of 9550 which was a sign that the sellers had taken control yet again following which the auction left a selling tail from 9570 to 9520 and made a balance in the IB (Initial Balance) forming a ‘b’ shape profile till late afternoon taking support right at the start of the singles from Friday which was from 9252 to 9050. However, the ‘J’ period saw an extension handle to the downside at 9255 as NF broke into the Friday singles making a swift move of 200 points as it made a low of 9055 in the ‘K’ period taking support right above 9050. The auction then made a retracement to 9213 in the ‘L’ period as it built volumes at 9120 where it finally closed to give a Normal Variation Day down with a spike close from 9255 to 9055. Spike Rules will be in play for the next session with the immediate reference being at 9120. 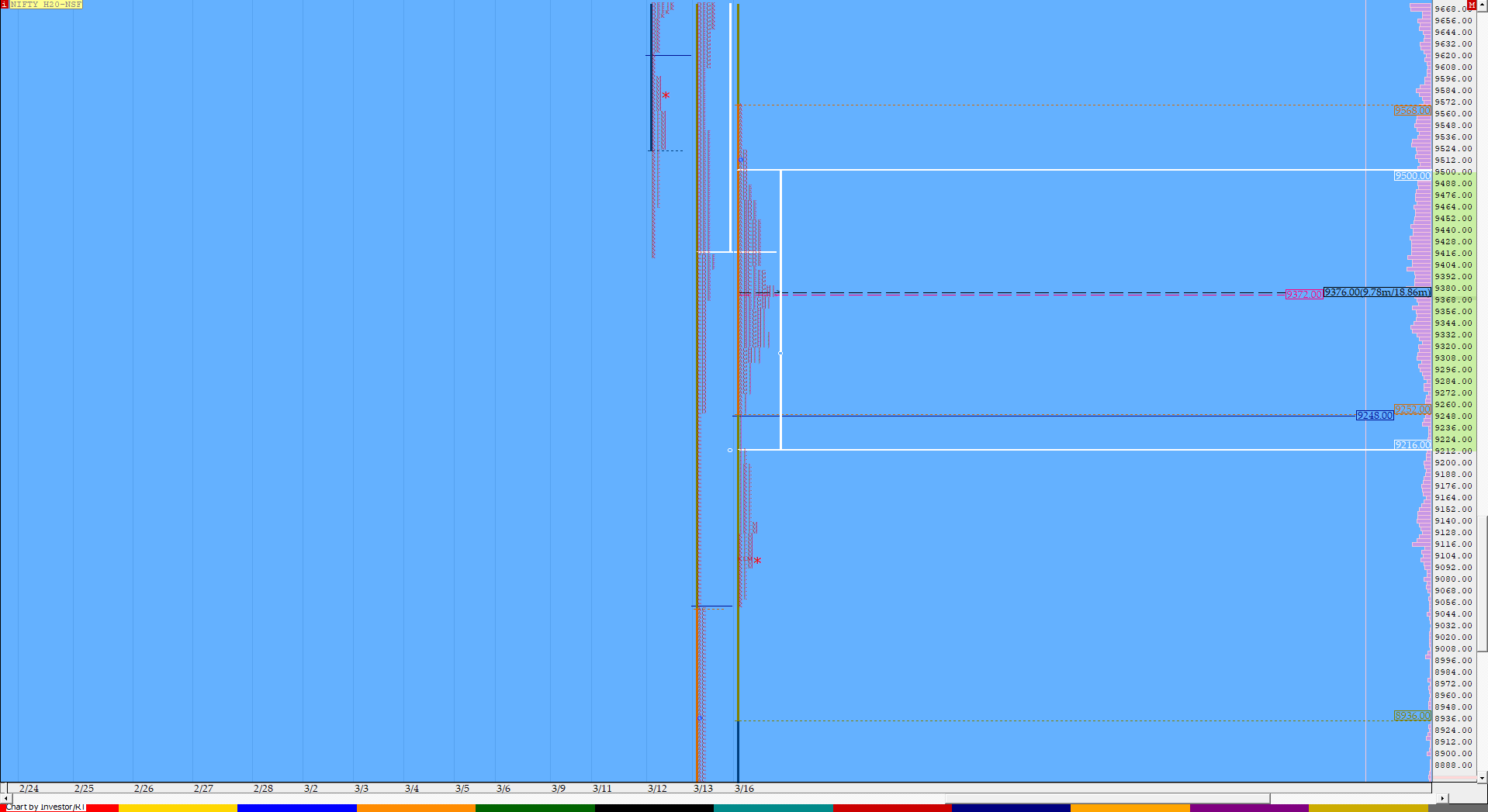 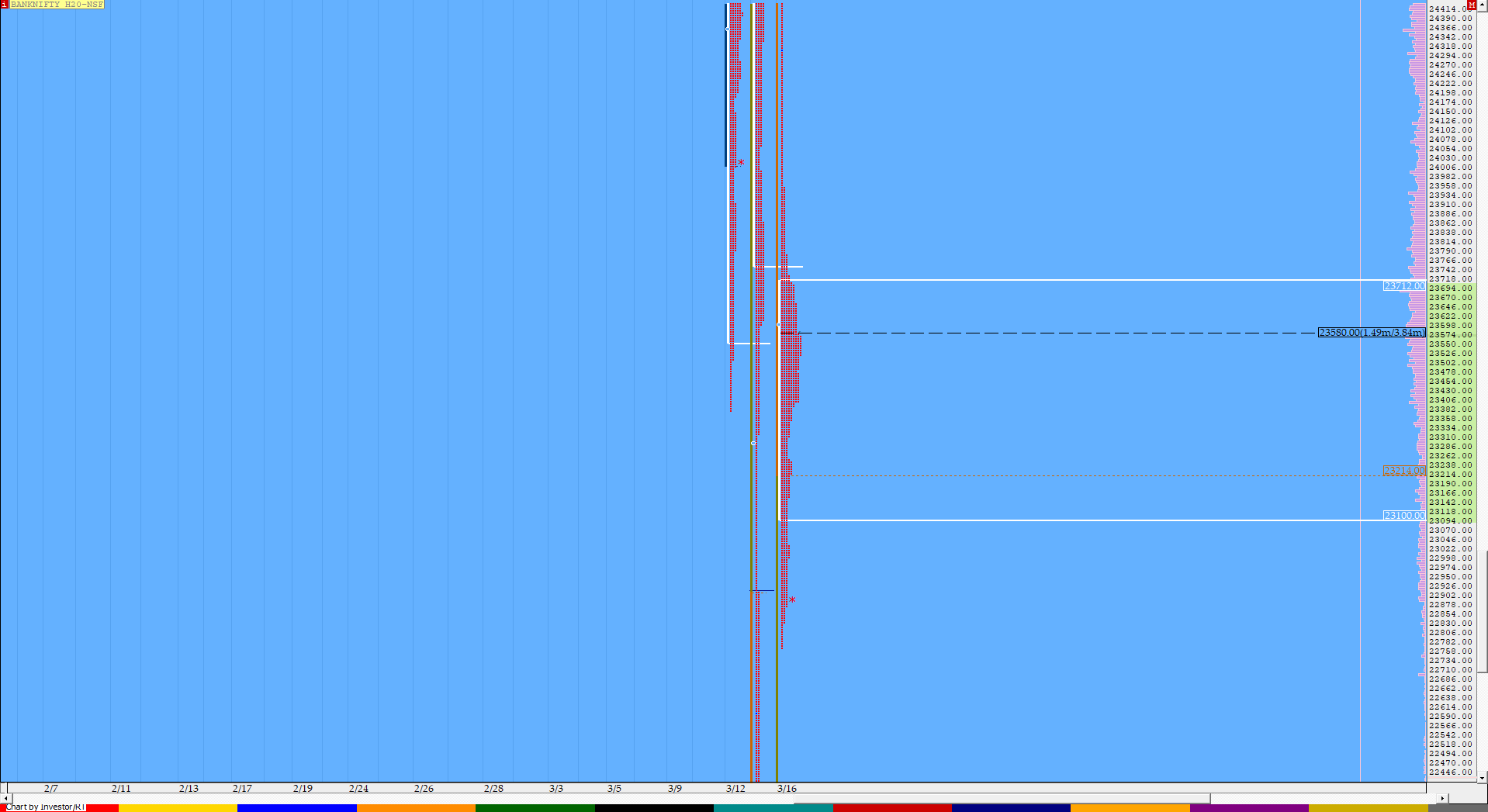 BNF also opened lower with a big gap of over 700 points below Friday’s VWAP & drove lower giving a big IB range of 1216 points as it made lows of 23218 in the first hour. This imbalance led to a small retracement over the next 2 periods as the auction got into the morning selling tail but left a PBH (Pull Back High) at 23956 in the ‘D’ period after which it resumed the move to the downside as it made a RE (Range Extension) in the ‘G’ period but was swiftly rejected which led to a probe to VWAP as BNF left a new PBH at 23700. The auction then made a OTF (One Time Frame) move lower from the ‘H’ to the ‘K’ periods making fresh REs lower as it made lows of 22766 and gave one more retracement this time to the IBL as it left yet another PBH at 23250 before closing the day at 22960 leaving a ‘b’ shape profile for the day.