NF opened higher for the second day running with a gap up of 125 points leaving yet another instance of not giving a follow up after a Neutral Extreme Day but similar to the previous day, the gap up saw supply coming back in the form of an initiative selling tail in the IB (Initial Balance) from 9071 to 8908 as it made lows of 8776. The auction then made the dreaded ‘C’ side extension to the downside and was swiftly rejected back into the IB triggering a move to VWAP where it got stalled right at the morning selling tail of 8908 indicating that the morning sellers were very much in control. NF then made a trending move lower for the rest of the day making multiple REs lower starting from the ‘D’ period as it left couple of extension handles at 8721 & 8660 to complete more than the 2 IB objective to the downside inspite of the big IB range of 295 points as it made lows of 8380 leaving a Trend Day Down though it closed a bit higher at 8433. The profile also has a typical afternoon PBH (Pull Back High) of 8594 confirmed in the ‘I’ period which would be an important reference above the dPOC of 8560 in the coming sessions. 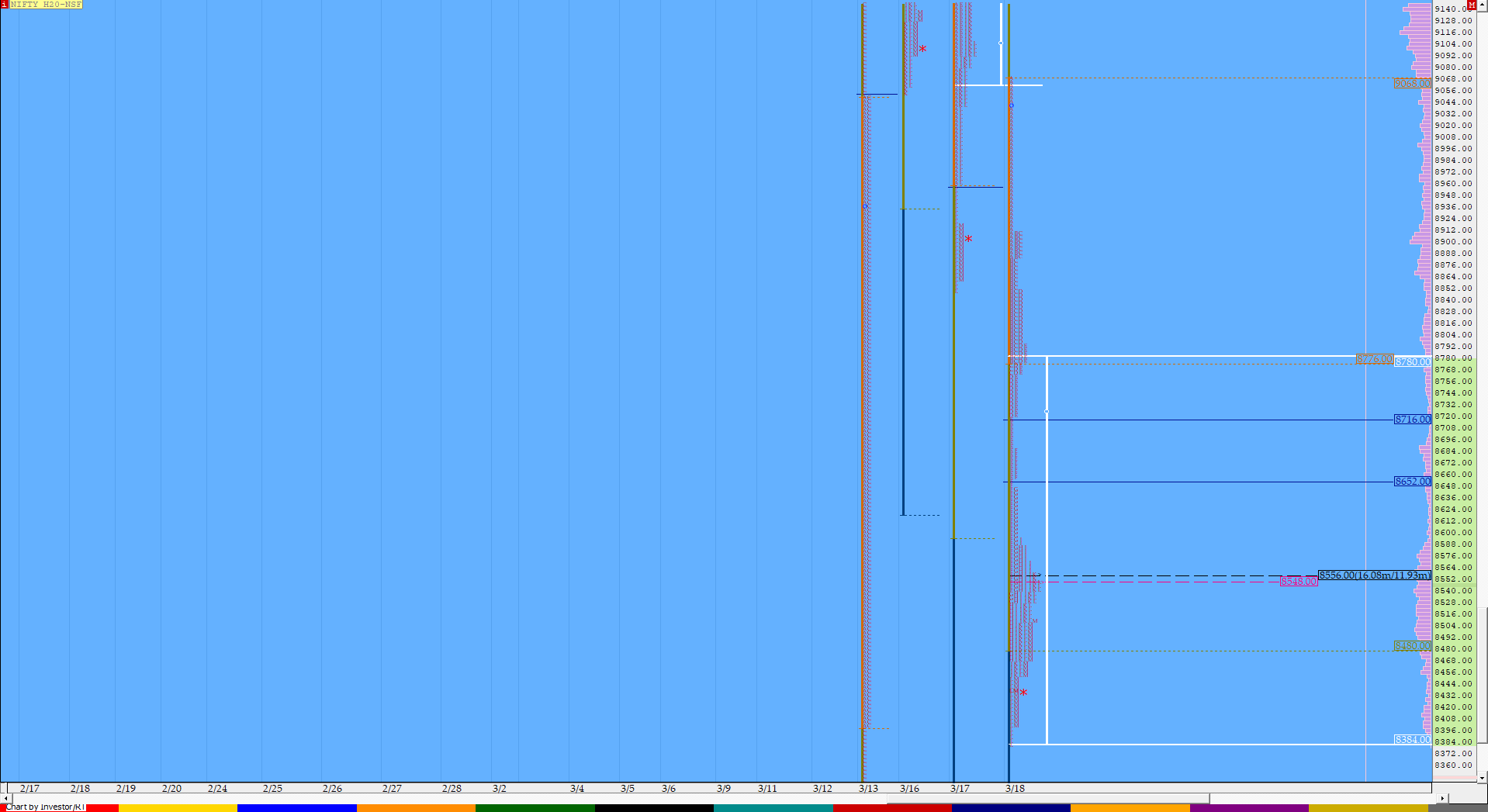 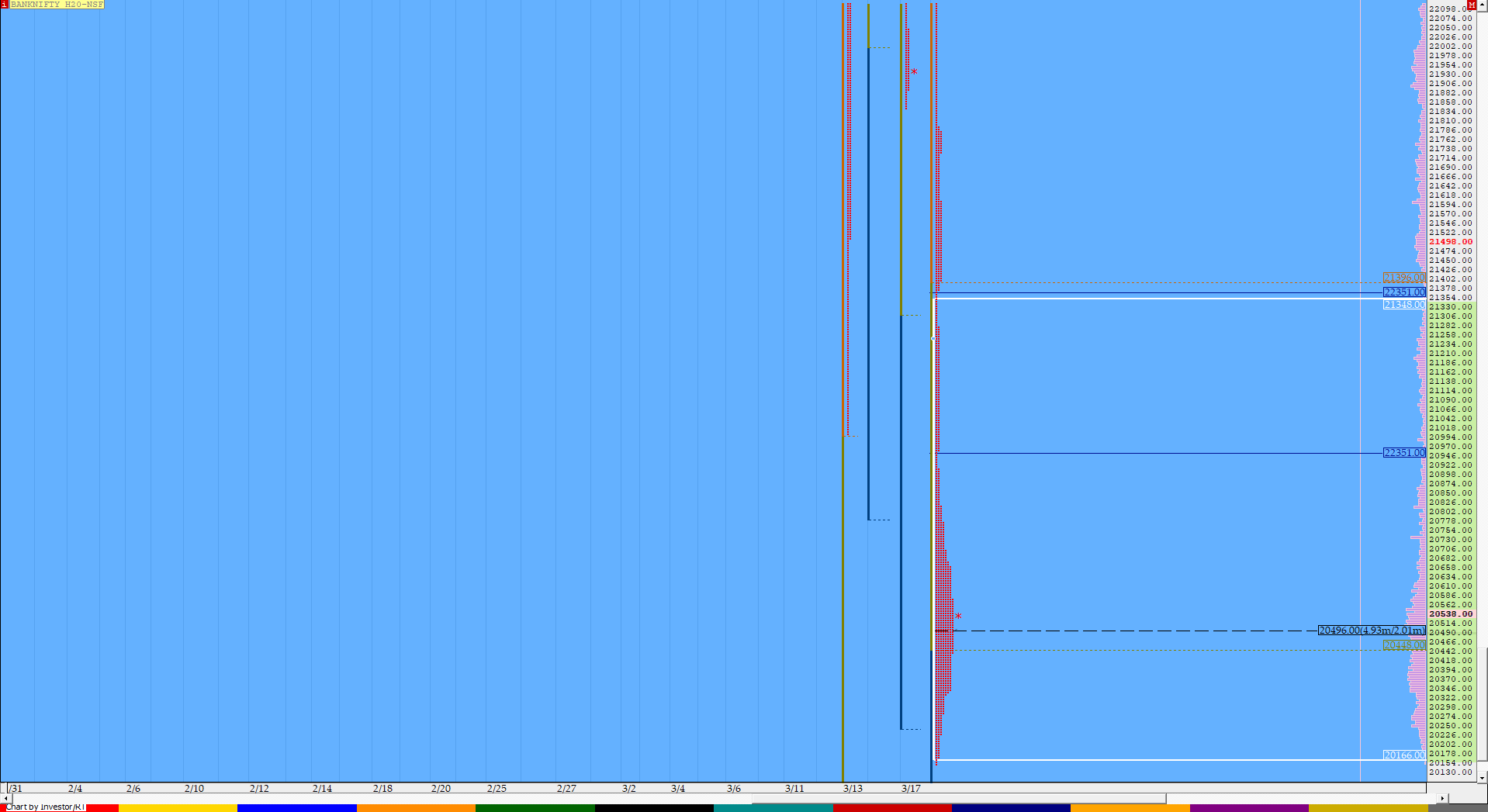 BNF also opened higher but was unable to take out the previous day’s extension handle of 22360 as it made highs of 22351 at open which was a confirmation that the initiative seller(s) were still present in that zone which then led to a big move down of 950 points in the IB as the auction broke below previous day’s low to hit 21401. Similar to NF, BNF also made a C side extension which led to a quick move to VWAP where it got rejected at 21785 just below the morning selling tail from 21796 to 22351 and this rejection triggered a fresh probe to the downside resulting in couple of extension handles at 21375 & 20959 as the auction went on to make lows of 20150 in the ‘G’ period itself completing a 2201 point move. This imbalance then led to a balance being formed in the lower part of the day’s profile for the rest of the day as BNF built volumes at 20500 and even closed around it to leave a Double Distribution Trend Day Down. The PBH (Pull Back High) of 20913 and today’s VWAP of 20990 will be the important references on the upside for the coming sessions whereas on the downside, 20228 would be a level to watch.