NF opened around the yPOC of 11920 and probed lower to check for sellers but took support at the important level of 11901 which was defended yesterday also as it left a very narrow range IB of just 29 points indicating that a multiple IB day could be on. The auction then made a RE (Range Extension) to the upside in the ‘C’ period and almost doubled the day’s range as it made a high of 11957 stalling just below the PDH of 11958. The ‘D’ period then made a narrow range inside bar as NF consolidated above 11935 but stayed above VWAP and went on to make multiple REs in the next 2 periods as it tagged 11988 which was also the 3 IB objective hence a level where the imbalance could make way for a mini balance. The next 5 periods remained in a narrow range making a balance above VWAP and seemed like could end the day with a spike on the upside but the ‘L’ period started with a dip to VWAP and even went on to break below it causing a quick liquidation as NF made lows of 11941 but the extension handle of 11930 made in the morning still held and triggered a short squeeze in the last 15 minutes as the ‘M’ period went on to match day highs as it hit 11986 before closing at the dPOC of 11970. The day’s profile resembles a ‘p’ and though NF is still inside that big 13-day composite, it seemed to have started a move away from the POC of 11918 and would need more confirmation in terms of demand coming in above 11970 in the next session to continue this imbalance. On the downside, acceptance below 11940 would be weak and could bring a test of 11918, 11901 & 11885 as the auction remains to build the composite. 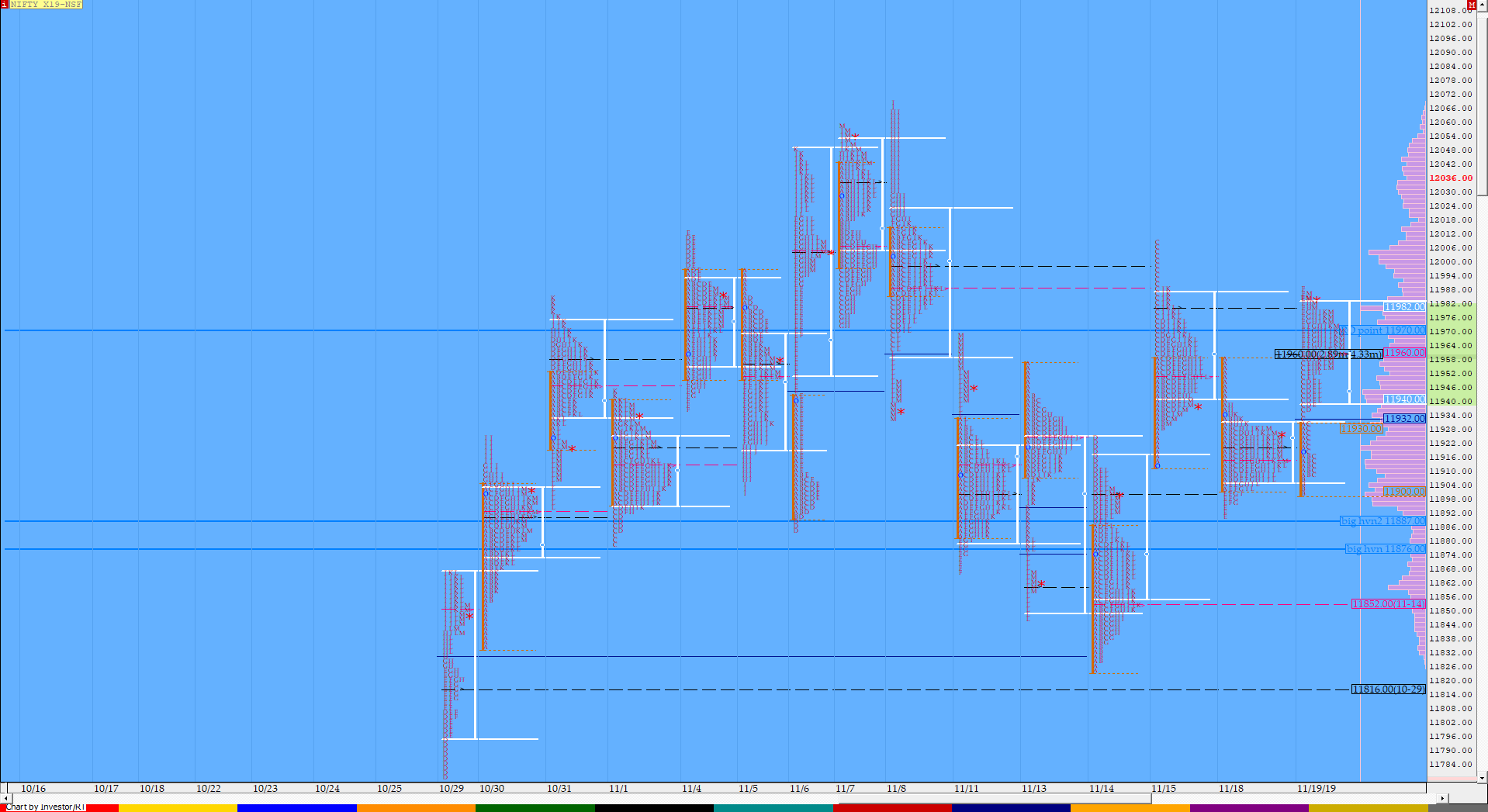 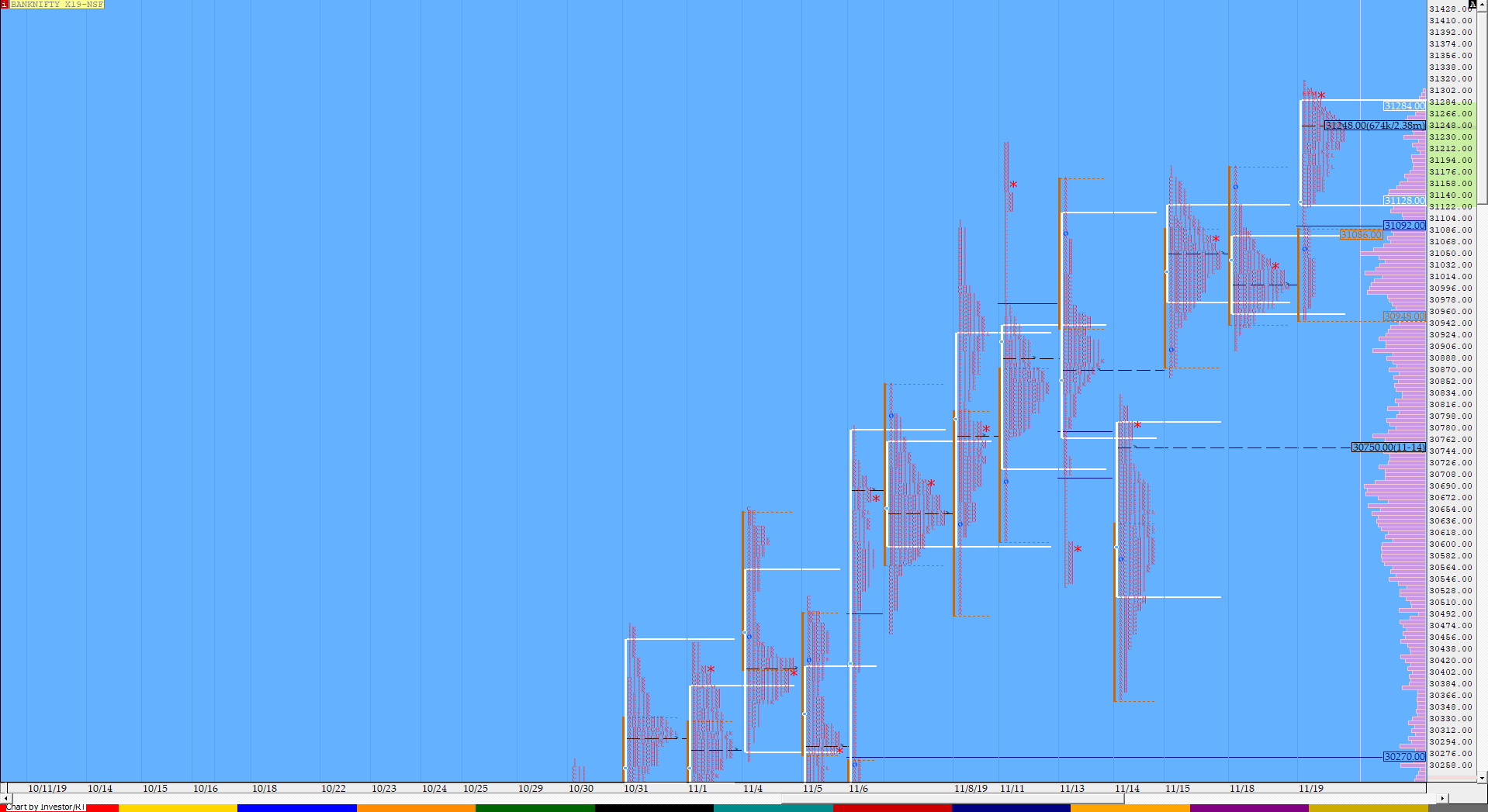 BNF opened above the yPOC of 31010 but could only make a high of 31090 in the opening few minutes and did not get any fresh demand so started to probe down as it made new lows for the day at 30950 in the ‘B’ period but was rejected as here the sellers could not do a good job after which the auction remained in this narrow 140 point range till the IB continuing to make the 2-day Gaussian profile even more smoother. The day looked set for another narrow range balance as the ‘C’ period also showed no signs of any volumes coming in for the first half but then BNF gave a big RE to the upside as it scaled above PDH to make highs of 31200 completing the 1.5 IB extension after which similar to NF, it consolidated in the ‘D’ period making a narrow range inside bar but stayed above VWAP and made multiple REs in the next 2 periods as it made new highs for the November series at 31316 in the ‘F’ period. The auction formed a balance for the rest of the day above VWAP leaving a Double Distribution profile with Value completely higher and a close near the dPOC of 31250 which means that the PLR would be to the upside.