NF opened with a gap up above PDH (Previous Day High) as it tagged 12250 in the opening minutes but could not sustain and got back into the previous day’s range confirming yet another ORR (Open Rejection Reverse) start on the daily which indicated  presence of initiative sellers in the market. The auction then left an extension handle at 12215 as it entered the Value of the previous day’s Gaussian profile thus initiating the 80% Rule and went on to complete the same in the IB (Initial Balance) itself as it made a low of 12203 leaving a narrow IB range of just 46 points. An initiative seller at open plus a narrow IB range is a nice set up for a multiple IB day and NF obliged in the ‘C’ period itself by making a RE (Range Extension) lower as it left the second extension handle of the day at 12203 and made a quick swipe down on huge volumes to hit the 2 IB objective of 12157 as it made lows of 12151 in the C period itself. NF then formed a balance below the last extension handle for the next 6 periods but left a PBH (Pull Back High) at 12175 in the ‘H’ period which led to a fresh RE lower in the ‘J’ & ‘K’ periods as the auction tagged the VPOC of 12112 which also marked the completion of the 3 IB objective and gave a bounce from there to close around the DPOC of 12150 leaving a ‘b’ shape profile with lower Value. 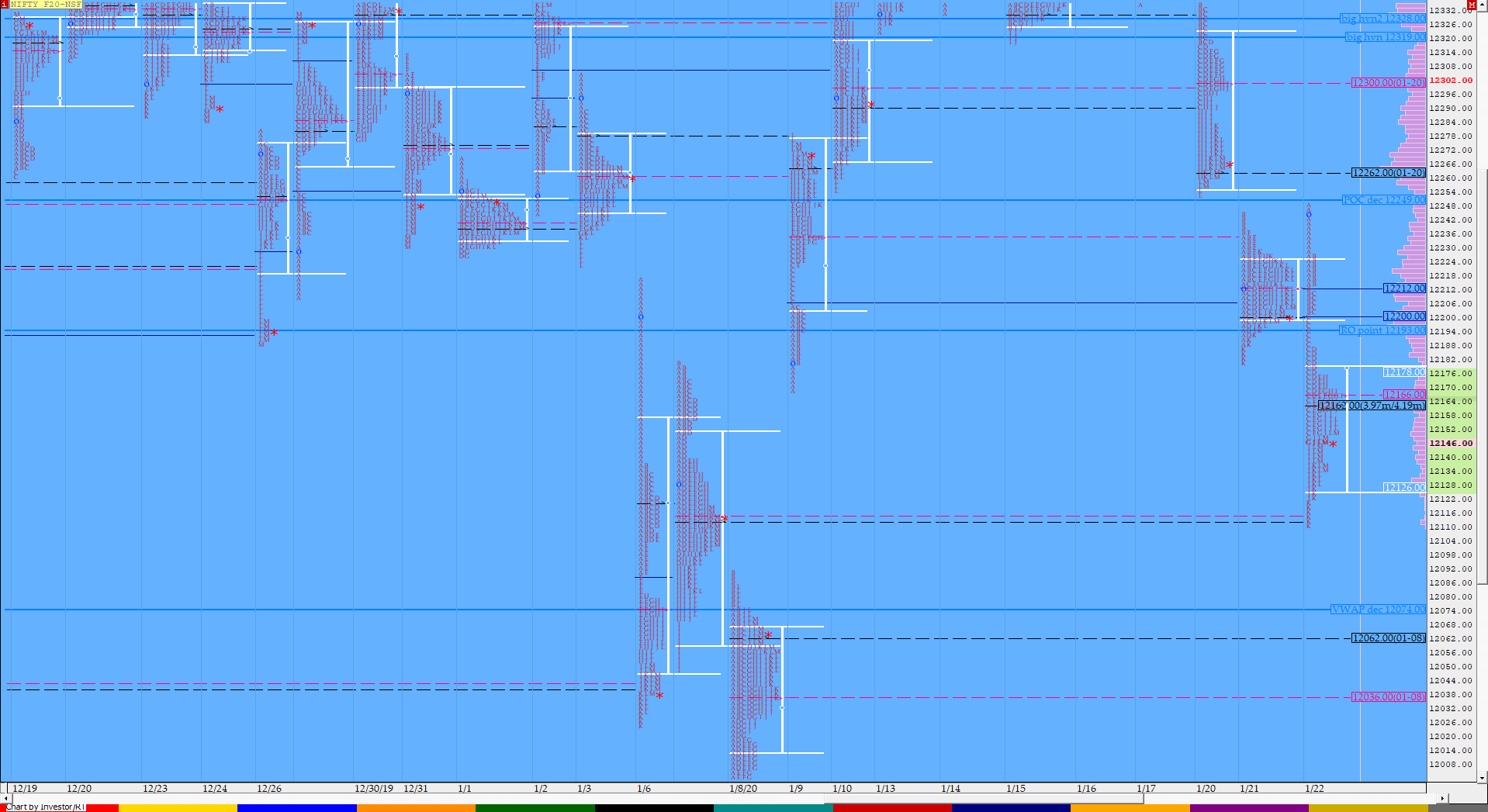 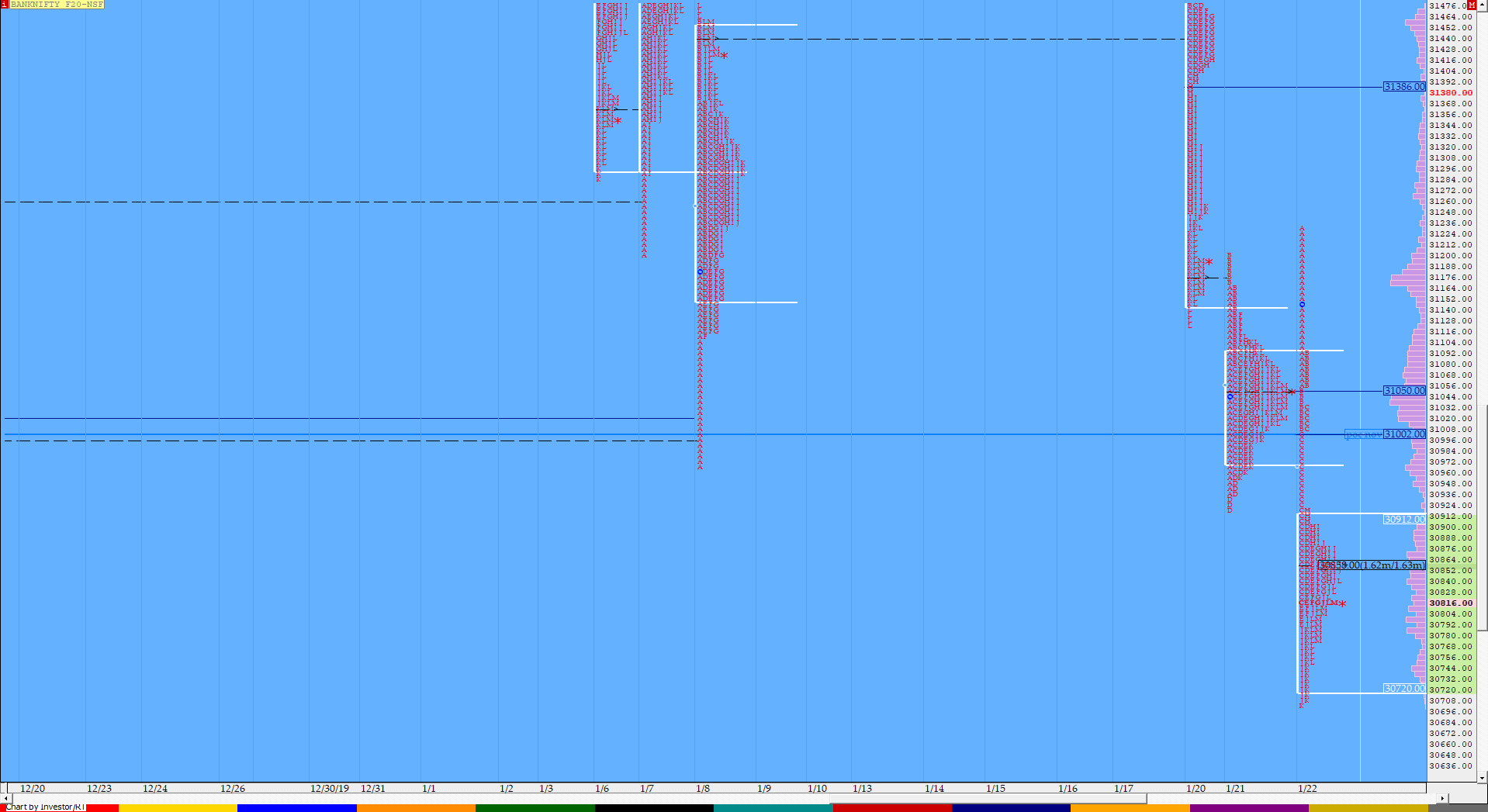 BNF also opened higher and continued to probe up as it got above PDH of 31200 while making highs of 31230 but was not able to sustain these new highs as it got back into the previous day’s range confirming an ORR start after which like in NF, it left an extension handle at 31061 & went on to complete the 80% Rule in the well balanced profile it had left yesterday as it made lows of 31011 in the IB. The auction then left a second extension handle of the day at 31011 indicating that the sellers were pushing it down with good force resulting in a fall of more than 200 points as it made lows of 30797 in the ‘E’ period tagging the VPOC of 30805 and almost completing the 2 IB objective of the day. This imbalance then led to a retracement over the next 3 periods as BNF made an attempt to get back into previous day’s range but was rejected as it confirmed a PBH at 30921 in the ‘H’ period which meant that the probe to the downside could continue. The auction then made a fresh RE lower in the ‘J’ period and followed it up by new lows of 30705 in the ‘K’ period after which it gave a brief bounce to 30845 before closing at 30802 leaving a ‘b’ shape profile for the day with the dPOC at 30860 which will be the reference for the next open.