NF opened in the spike zone & moved higher giving a 111 point move in the Initial Balance as it made new highs for this series at 10347 but remained in this range for the most part of the day forming a nice Gaussian profile. The auction did make a late RE (Range Extension) on the upside in the ‘J’ period and followed it up with another marginal higher high in the ‘K’ period as it tagged 10375 but failed to complete even the 1.5 IB objective of 10403 which led to a retracement to the POC and the developing VAL of the day as NF left a Pull Back Low at 10261 in the ‘L’ period before closing the day at 10288 leaving a picture perfect Bell Curve profile on the daily. Value formed was completely higher for the day but the balanced profile and close suggests that auction could remain in this zone unless some initiative volumes come in. 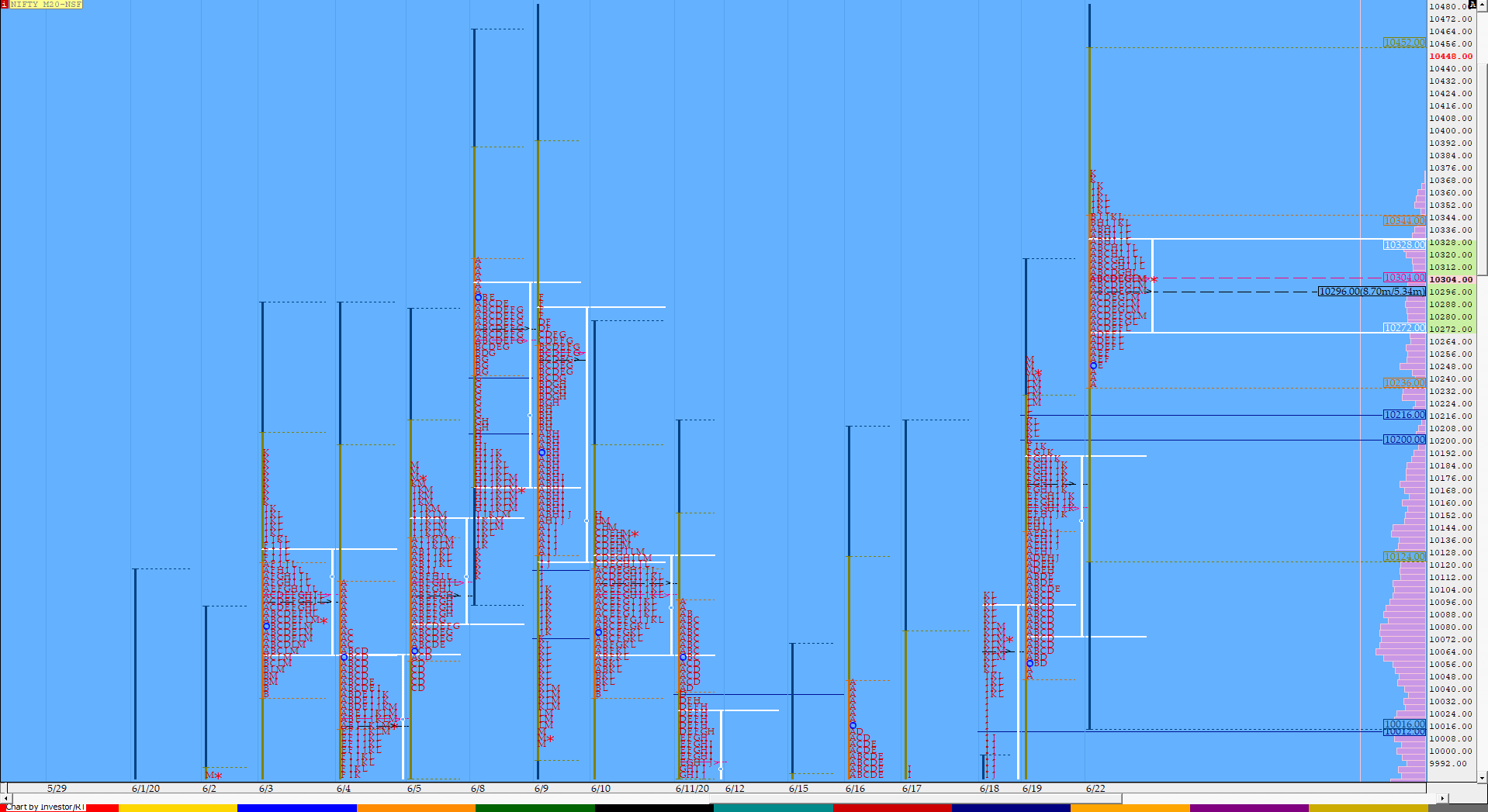 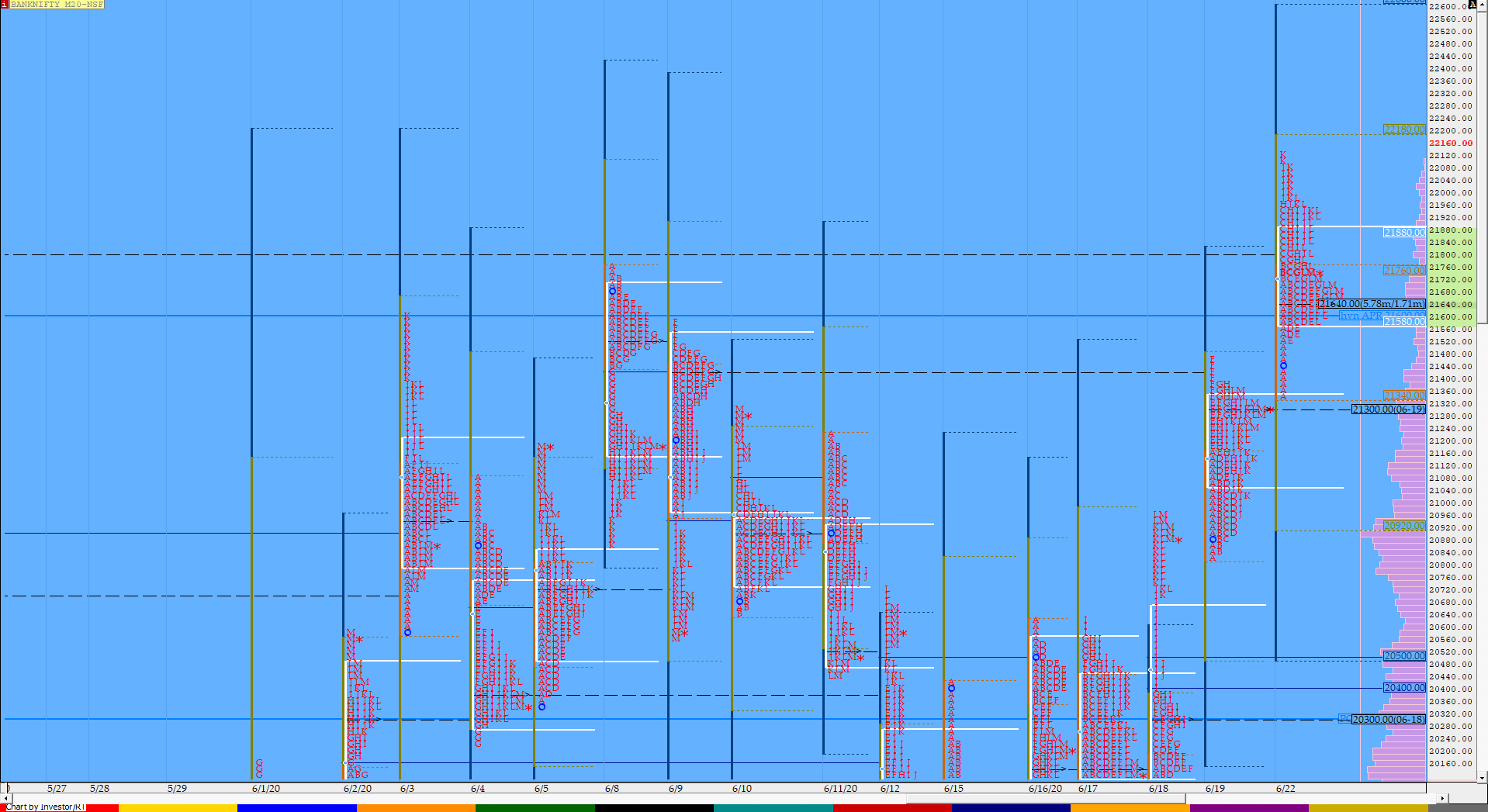 BNF opened higher well above 21300 & left a buying tail in the Initial Balance as it continued to probe higher making a C side RE where it made a freak high of 21955 and this led to a test of the morning singles as the auction left a Pull Back Low at 21534 and got back above VWAP signalling that the uptrend has resumed. BNF then made a fresh RE later in the day and went on to make highs of 22127 falling short of the 2 IB objective of 22189 and the weekly FA target of 22315. The auction then made a retracement to the prominent POC of the day at 21640 while making a low of 21596 in the ‘L’ period before closing the day at 21697 leaving an incomplete looking profile with completely higher Value.