NF opened higher and went on to probe above PDH (Previous Day High) as it tested the selling extension handle of 10329 and even got accepted above it making a high of 10349 in the IB (Initial Balance). The auction however got stalled just below the VAL of the 24th June as it failed to get fresh demand & reversed the probe to the downside over the next 2 periods as it made a big C side RE (Range Extension) to the downside completing the 1.5 IB objective of 10261 and went on to make a lower low of 10251 in the ‘D’ period. Volumes were still on the lower side which indicated absence of big players which led to a rotation back above VWAP resulting in a PBH (Pull Back High) of 10318 in the ‘E’ period which meant that the downside probe is still not over. NF then moved lower over the next 4 periods leaving another similar PBH at 10317 in the ‘G’ period and went on to make new lows of 10235 in the ‘I’ period where it took support at the HVN & yPOC of 10240 and the failure to get new supply triggered another rotation to the upside as it went on to get above the poor highs of 10318 but ended up leaving new poor highs at 10335 in the ‘K’ & ‘M’ periods before closing the day at 10318 leaving a well balanced Gaussian profile for the day. 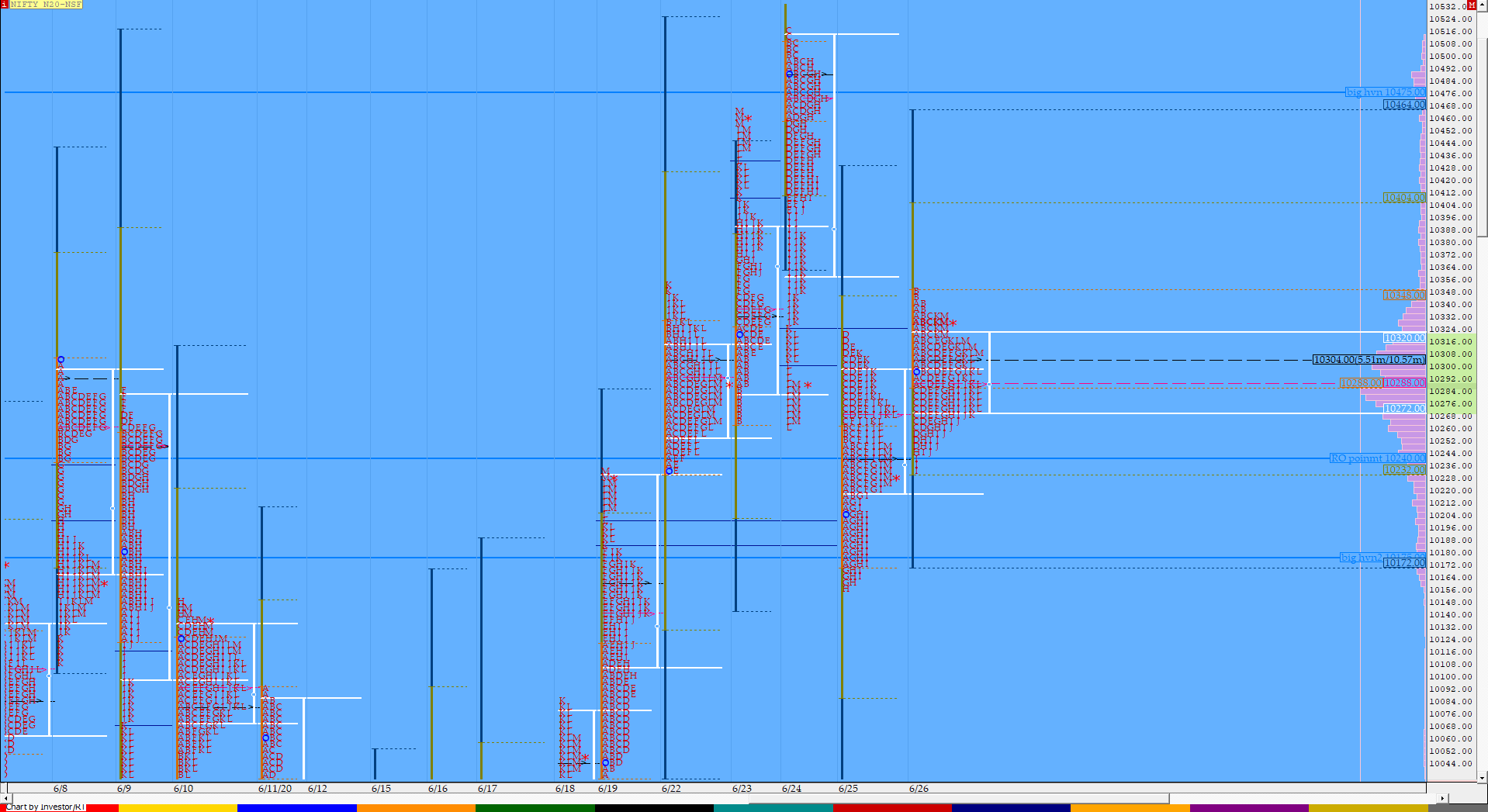 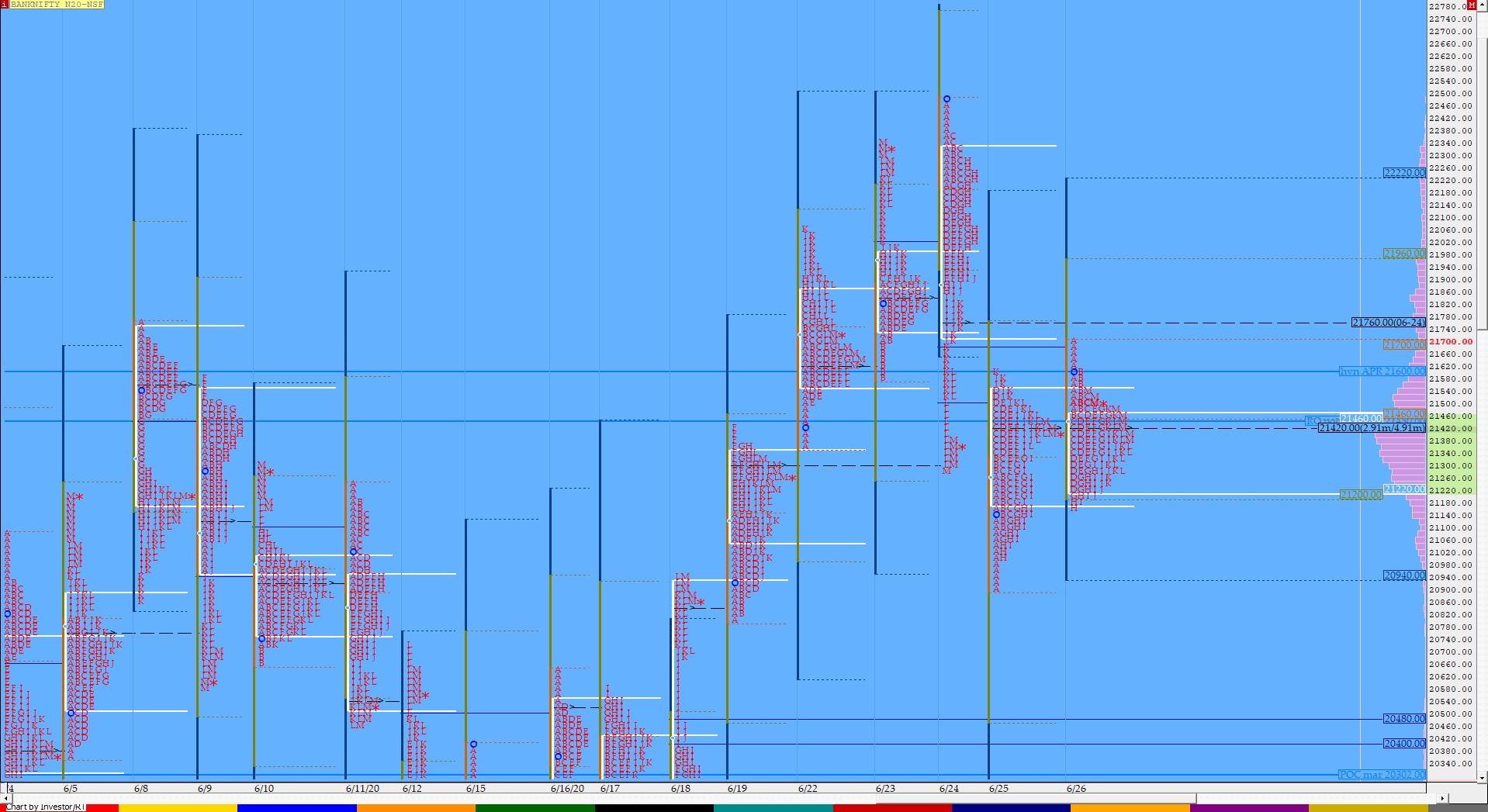 BNF also opened with a gap up of 160 points and probed above PDH as it made a high of 21717 but left an initiative selling tail in the IB from 21619 to 21717 which set up for a probe lower as it got back into previous day’s range & value completing the 80% Rule in the ‘D’ period where it made a low of 21239. The auction then formed a perfect bell shape profile in previous Value for the rest of the day as a new low it made at 21167 in the ‘H’ period was swiftly rejected leading to a probe back to 21550 into the close. We have a nice 2-day balance in BNF with overlapping POC at 21420 and can expect a move away from here in the coming session.