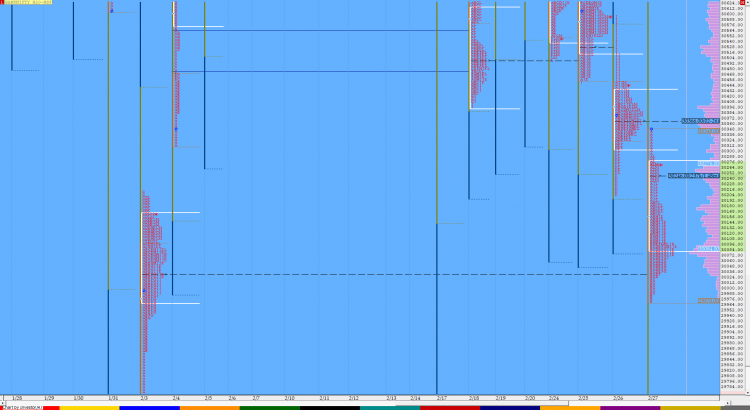 NF opened lower which was also an OH (Open=High) start at 11685 after which it gave a drive down on relatively lower volumes but nonetheless went on to make new lows for the month to give a pretty big IB (Initial Balance) range of 127 points as it tagged 11558 in the ‘B’ period and even left a selling tail from 11612 to 11685. The auction then made new lows of 11541 as it made a RE (Range Extension) to the downside but after a big imbalance of 160 points from previous close, it was more likely that we were having that dreaded C side RE which could lead to a retracement. The ‘D’ period made an inside bar further confirming that the downside probe looks exhausted after which the ‘E’ period probed higher giving a move to VWAP but left a PBH (Pull Back High) at 11589 indicating that supply was coming back but NF took support at IBL in the ‘F’ period leaving a higher low and this set up a good move on the upside for the next 3 periods as the auction got into the selling tail and tagged 11629 in the ‘I’ period. The morning supply however seemed to have got back in this zone as it pushed the auction back below VWAP but formed similar lows near 11570 for 3 periods which meant that the demand was coming back at lower levels forming a HVN (High Volume Node) around 11580 which led to a fresh probe higher in the last 60 minutes as NF got above the PBH of 11629 and made highs of 11643 but saw some huge volumes coming in as the DPOC for the day shifted to 11631 giving a close right there to leave a ‘b’ shape profile and a Normal Day on the first day of the new series. On the upside, the auction would need to stay above 11631 and get accepted in the singles of 11643 to 11699 for a move towards the VPOCs of 11734 / 11850 & 11946 and on the downside, NF remains weak below 11630 with 11580 being a minor support level. 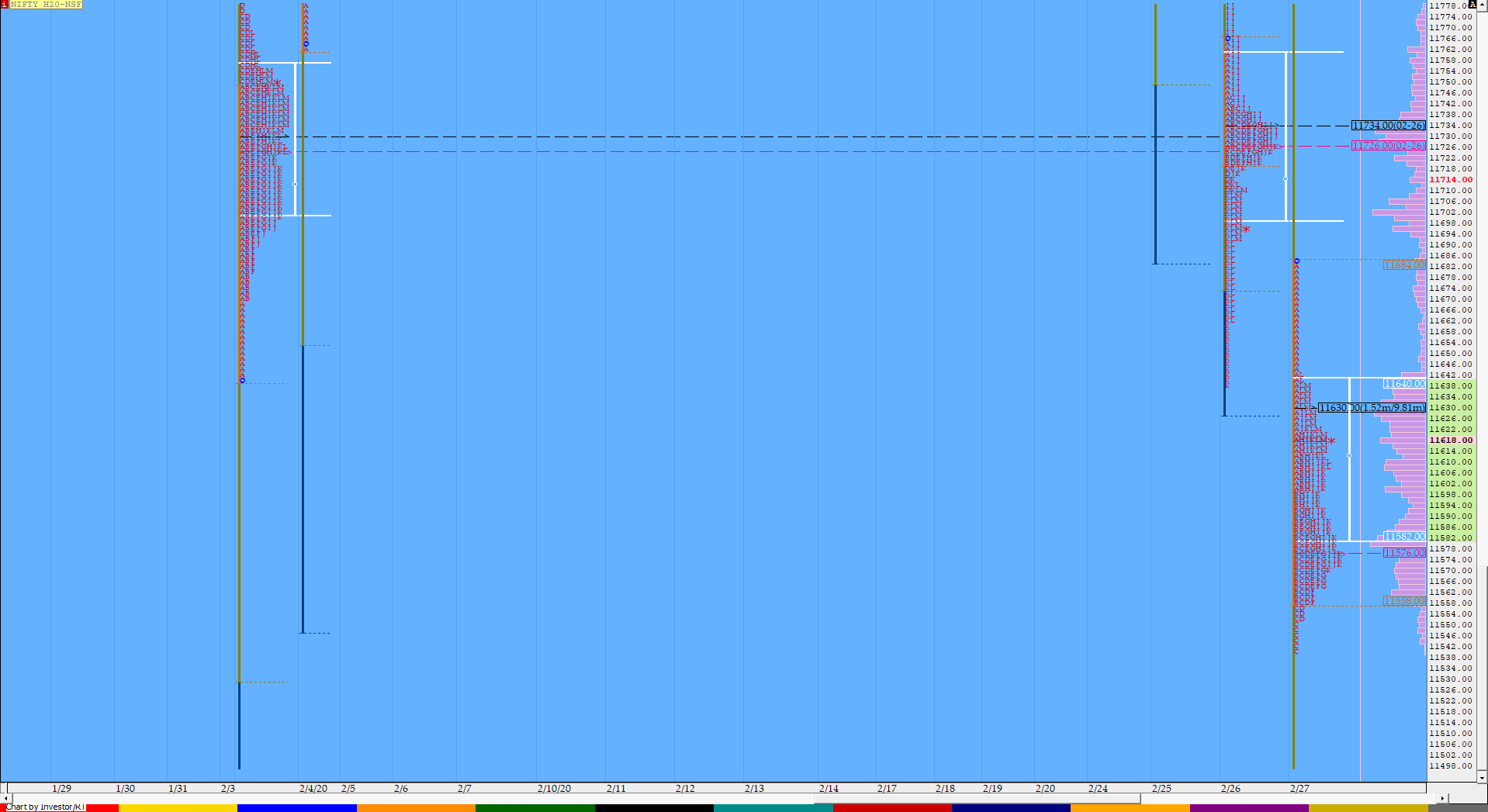 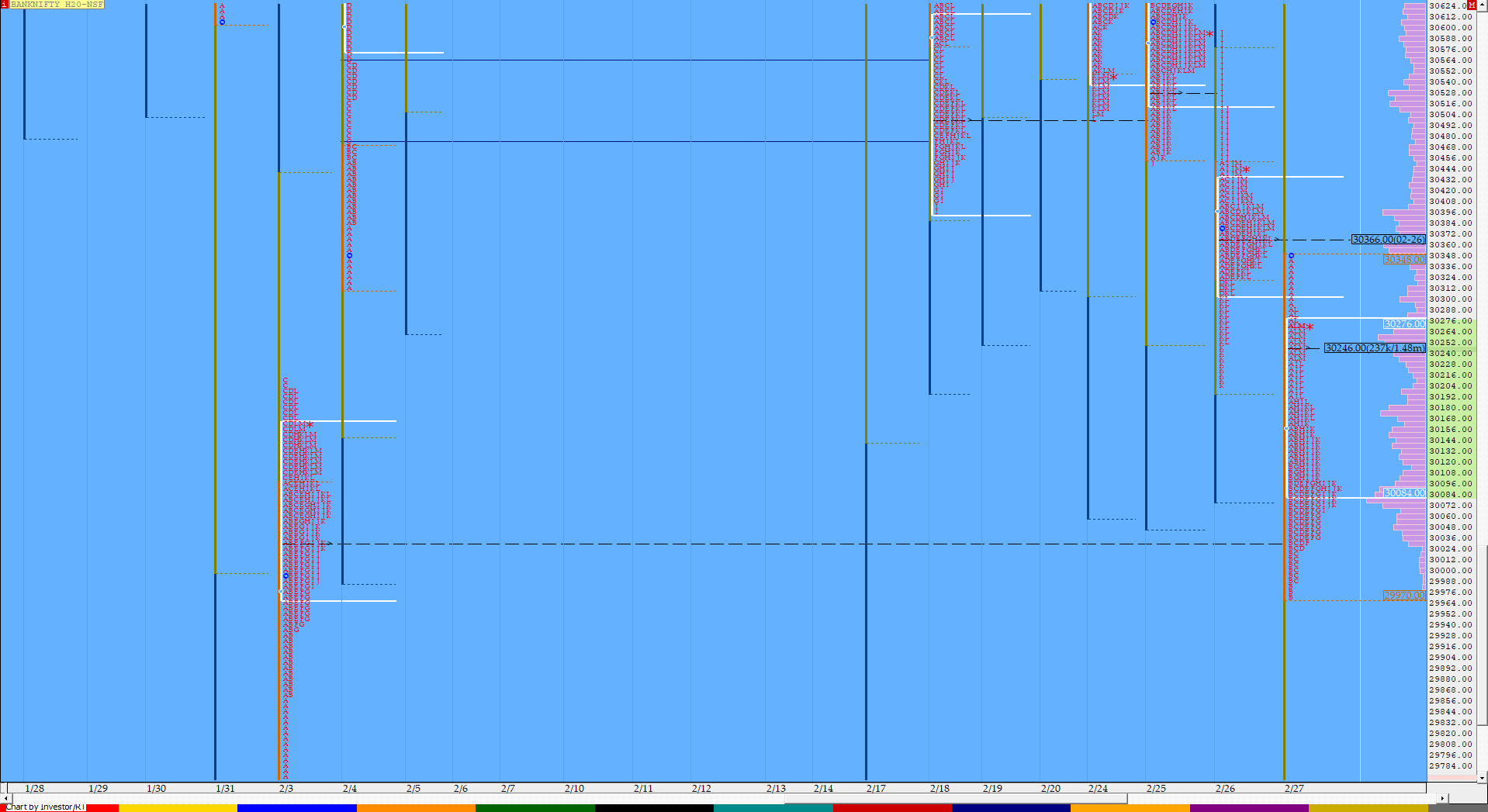 BNF also gave a Open Drive Down on low volumes from just below previous day’s POC of 30366 as it made a OH start at 30350 and similar to NF, gave a big move of 379 points in the IB as it made new lows for the week at 29972 taking support near the PBL it had left on 3rd Feb at 29982. The auction then remained in this IB range for rest of the day giving a Normal profile with a HVN at 30085 and dPOC at 30250 where it eventually closed. Value for the day was once again lower so this week’s Trending profile is still going strong hence the PLR remains to the downside.