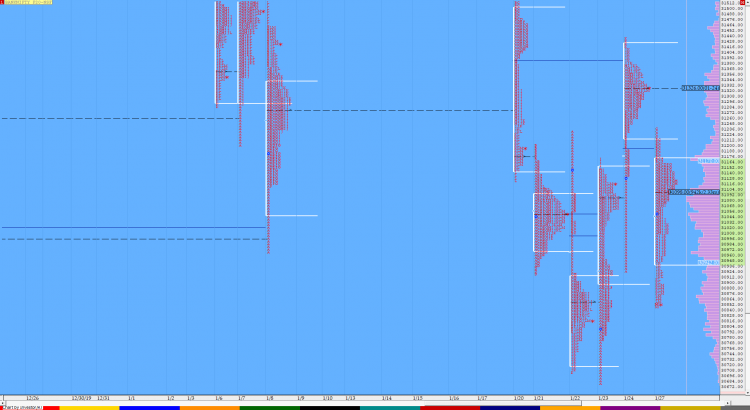 NF opened with a big gap down of more than 100 points & probed lower breaking below the PDL (Previous Day Low) as it made a low of 12151 in the opening 10 minutes and gave a retracement after a 120 point dip as it remained inside the buying tail of Friday which was from 12157 to 12218 while making a high of 12210 in the IB (Initial Balance). The auction formed a nice balance for most part of the day inside the IB and this acceptance of the singles was a bearish sign which led to a late RE (Range Extension) in the ‘K’ period as NF closed in a spike lower from 12151 to 12117 which would be the reference for the next open with the PLR (Path of Least Resistance) firmly to the downside. 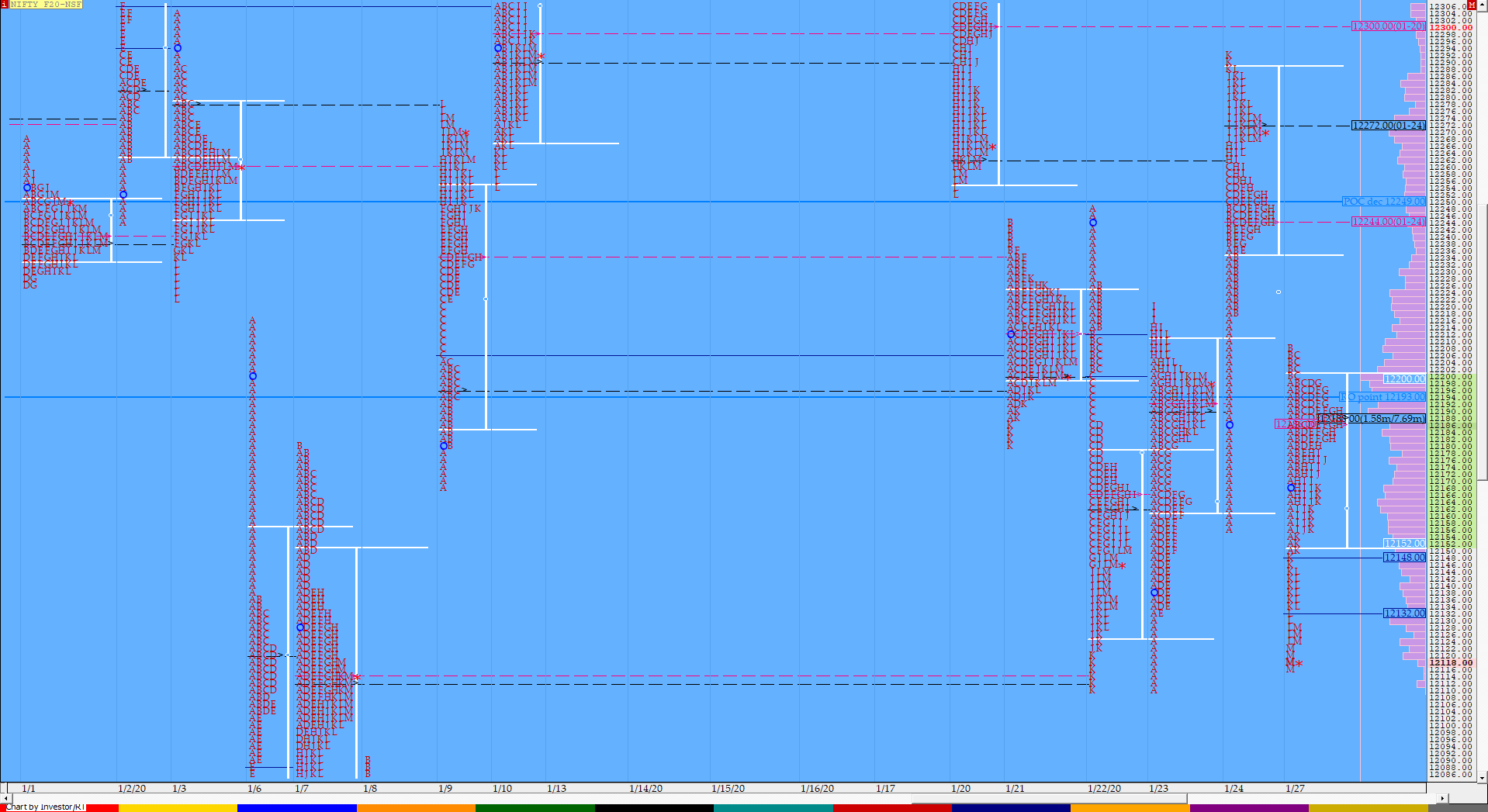 Nifty SPOT Hypos for the next session: 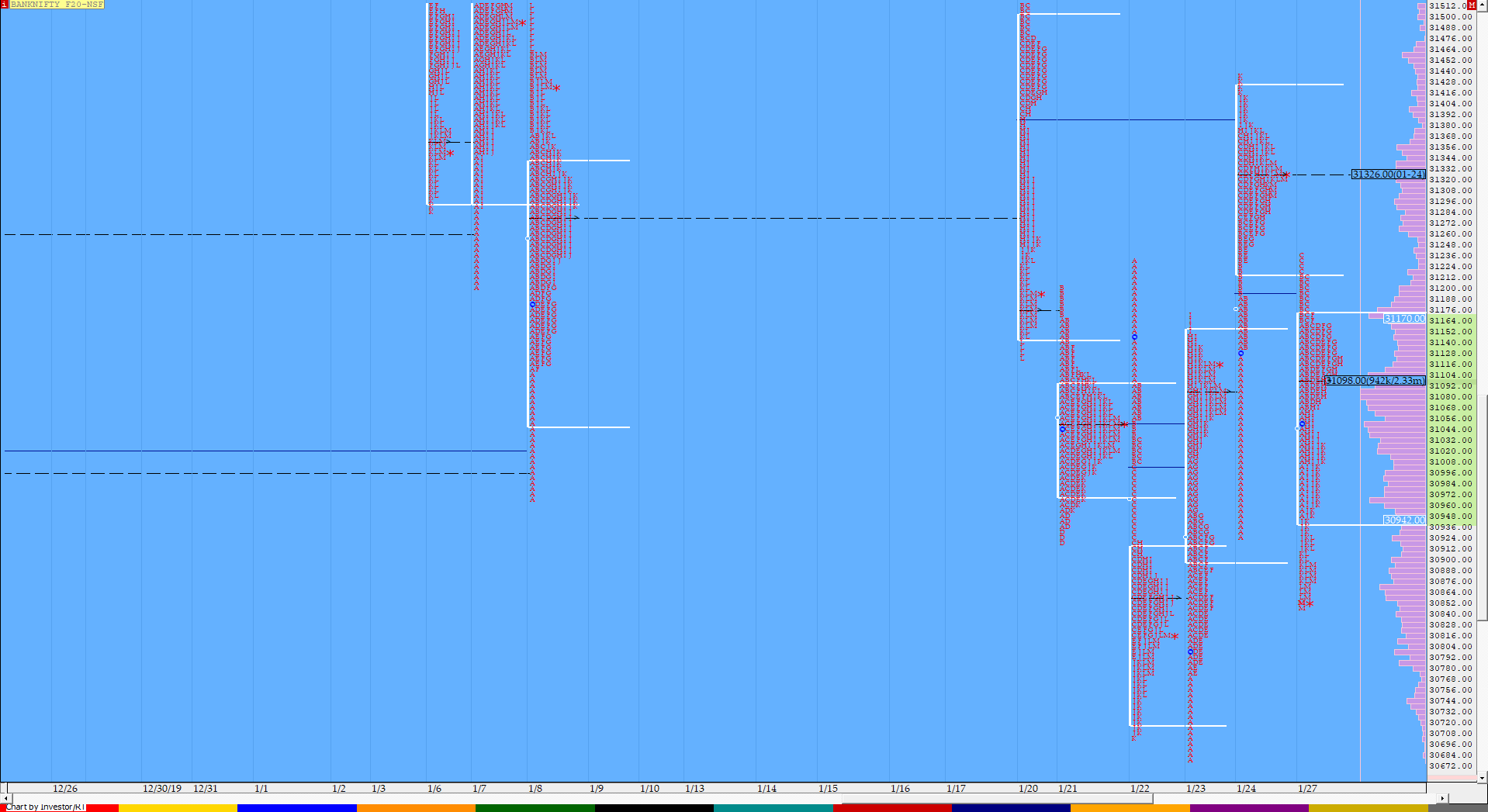 BNF also opened with a huge gap down of 280 points as it tested the Friday’s buying tail of 31138 to 30924 taking support right around the low as it tagged 30950 in the opening minutes and reversed the probe to the upside showing a bit more strength than NF as it got above the high of the buying tail in the IB as it hit 31213. The auction then gave the dreaded ‘C’ side extension and got rejected from the previous day’s VAL (Value Area Low) as it made new highs of 31240 which was a perfect signal for a reversal and also a probable FA (Failed Auction) on the daily time frame. BNF then probed lower as it hit the first objective of tagging the VWAP post the failed ‘C’ side extension but found support there in both the ‘D’ & ‘E’ periods which led to a mini probe higher resulting in a PBH (Pull Back High) of 31173 in the ‘F’ period which meant that the chance of the FA getting confirmed was getting brighter. The ‘H’ period then broke below VWAP to trigger a trending move into the close as the auction made multiple REs lower in the last 4 periods of the day confirming the FA at 31240 while making lows of 30850 leaving a Neutral Extreme profile. The reference for the next open would be from 30950 to 30850 and BNF looks set to tag the 1 ATR objective from the FA which comes to 30782.

BankNifty SPOT Hypos for the next session: