Previous day’s report ended with this ‘Staying below 10165, the auction could move towards the composite VPOC of 10094 & the FA of 10040 in the coming session and on the upside it would need to get above 10196 to fill up today’s low volumes zone and could move higher to test the dPOC and the HVN of the uppper distribution at 10270‘

NF completed both the objectives of 10270 as well as 10040 today as it started the day with a small gap up but remained in the lower distribution of yesterday’s profile as it made lows of 10130 in the ‘A’ period taking support in yesterday’s buying tail which triggered a 110 point move higher in the ‘B’ period as it made highs of 10263 and made multiple REs to the upside hitting the vPOC of 10270 and making a high of 10295 as it got stalled this time at the previous day’s selling tail. This rejection from the initiative selling zone led to a trending move lower for the rest of the day as the auction not only broke below VWAP but went on to confrim a Neutral Day as it made new lows for the day in the ‘J’ period and negation of the buying tail led to a fresh round of liquidation which saw NF leave an extension handle at 10122 and falling by more than 100 points from there into the close as the FA of 10040 got a revisit in just ‘T+2’ days and NF made a low of 10006 to leave a Neutral Extreme profile.

The auction has been forming a composite over the last 5 sessions and the same can be seen here with the HVNs at 10094, 10140 & 10260 which could get a revisit in the coming session(s) provided NF does not break and gets accepted below today’s low. 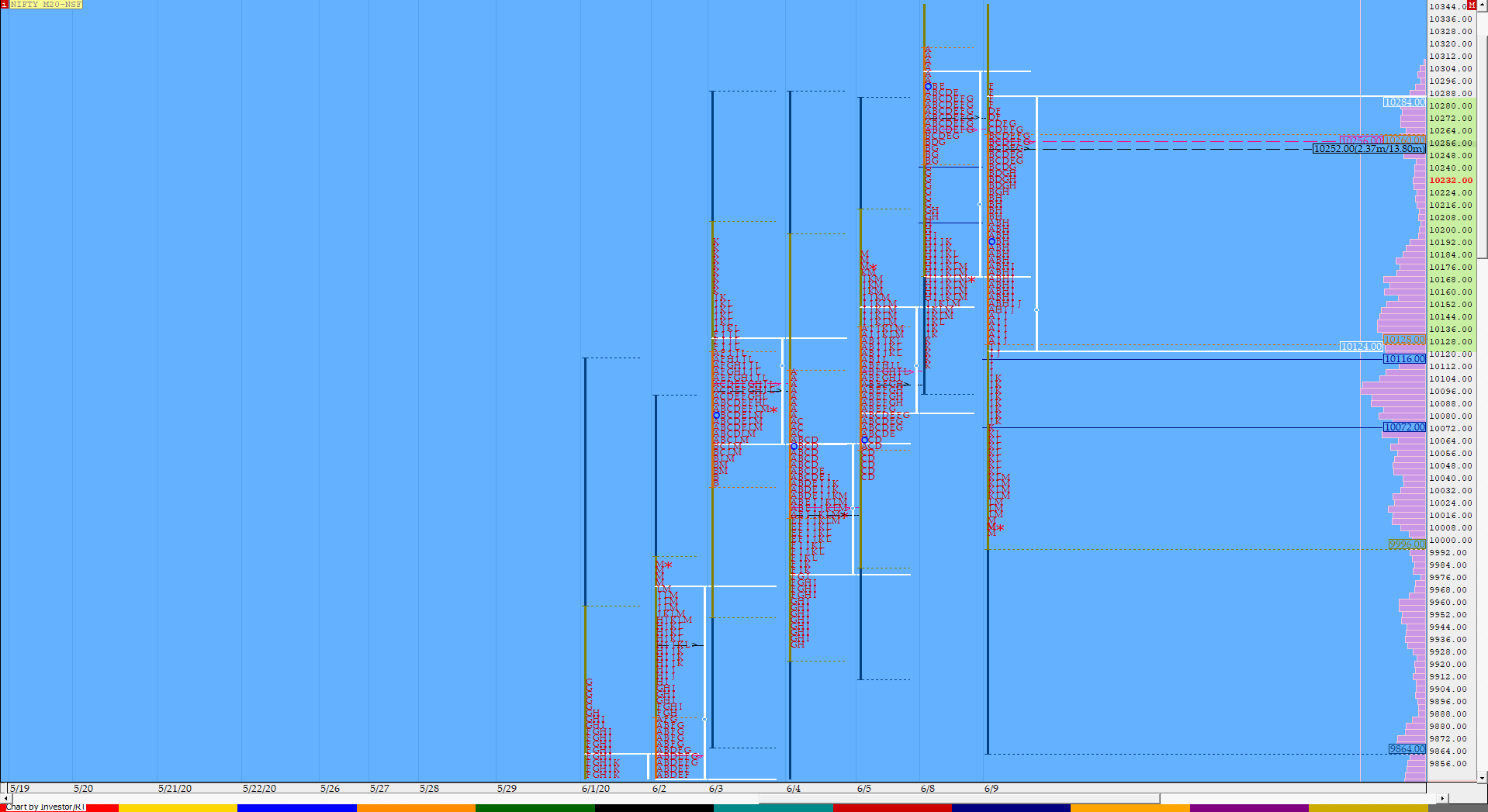 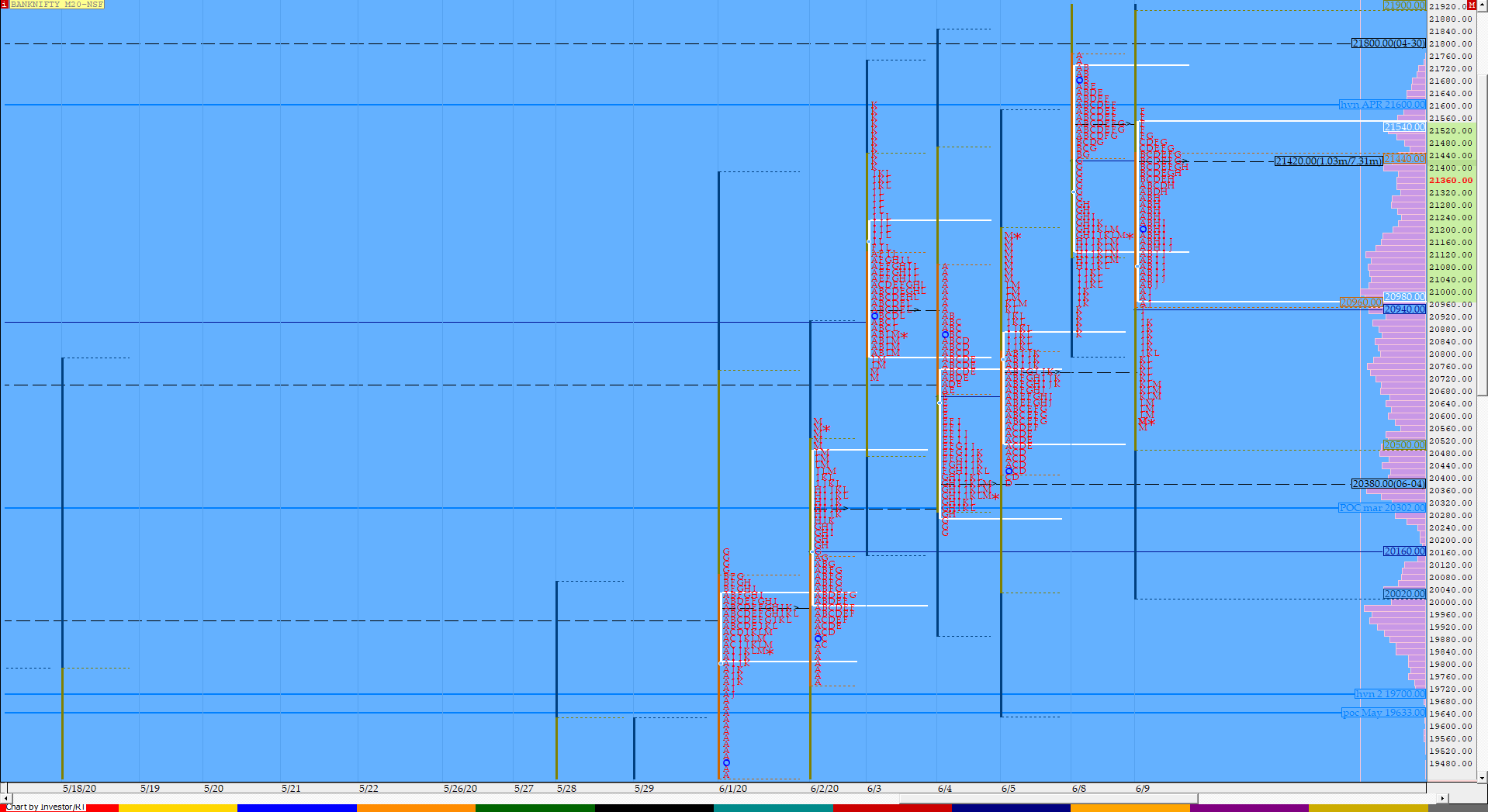 BNF started the day on a positive note as it made a low of 20960 in the IB & probed higher making multiple REs on the upside as it tagged the yPOC of 21540 while making a high of 21590 in the ‘F’ period where it left a small tail which was a sign that the auction could reverse it’s probe to the downside to fill up previous day’s low volume zone. Just as it seemed that BNF would close as an inside bar with Value also within previous day’s Value, there was a range extension to the downside in the ‘J’ period as the auction left an extension handle exactly at that 20960 level which not only triggered a move to the VPOC of 20740 but went on to fall by another 165 points as the selling got too emotional leading to a Neutral Extreme profile with a close at the lows. Value for the day was overlapping to lower so below today’s low, BNF move lower to tag the vPOC of 20380 & the extension handle of 20155 in the coming session(s).

There is also a composite being formed over the last 5 days and the Value for the same is at 20400-21001-21230 so it needs to be seen if the auction contines to build on this composite or gives any indication of moving away from here for the rest of the week.