NF opened lower and took support right at the POC of the 3-day composite as it made a low of 12355 and reversed the probe to the upside as it scaled above PDH (Previous Day High) and went on to tag 12409 in the ‘B’ period stalling just below the all time highs which suggested that the auction is still not ready to move away from the balance it was forming this week. NF then probed lower for the next 2 periods as it got back into the composite Value and even made a RE (Range Extension) to the downside in the ‘D’ period almost completing the 80% Rule as it made lows of 12339 taking support just above yesterday’s prominent TPO POC of 12338 which indicated that the downside for the day was limited. The auction then started a slow probe higher for the next 6 periods as it got above VWAP and went on to tag the PDH of 12392 in the ‘J’ period but was not able to sustain above it which led to a probe to VWAP and a close around the dPOC of 12380 leaving a nice Gaussian profile for the day. However, today’s auction continues to be part of the weekly balance we are forming in NF and the 4-day composite now has Value at 12333-12357-12375 and would be interesting to see if there is a move away from this in the next couple of sessions. 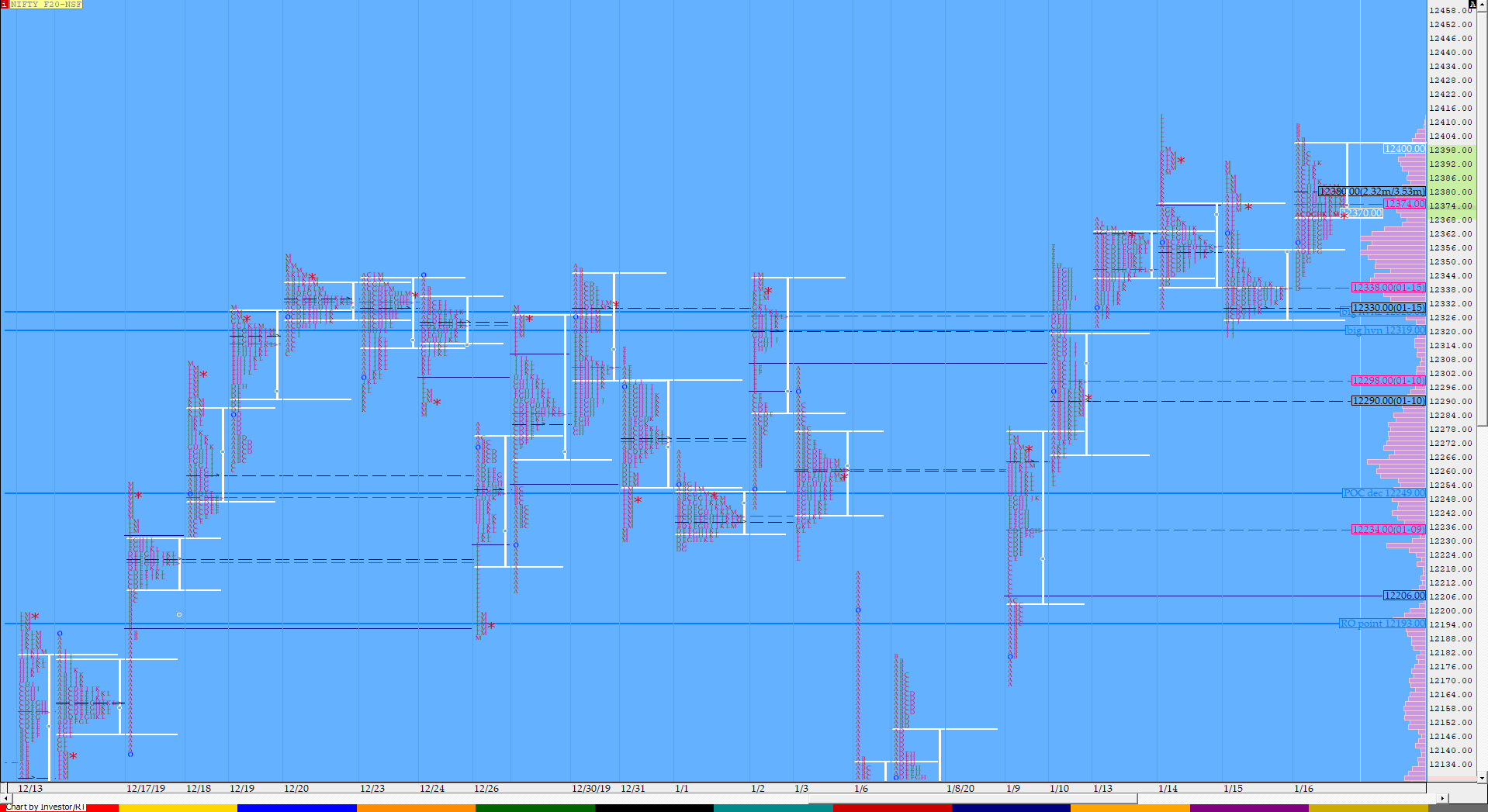 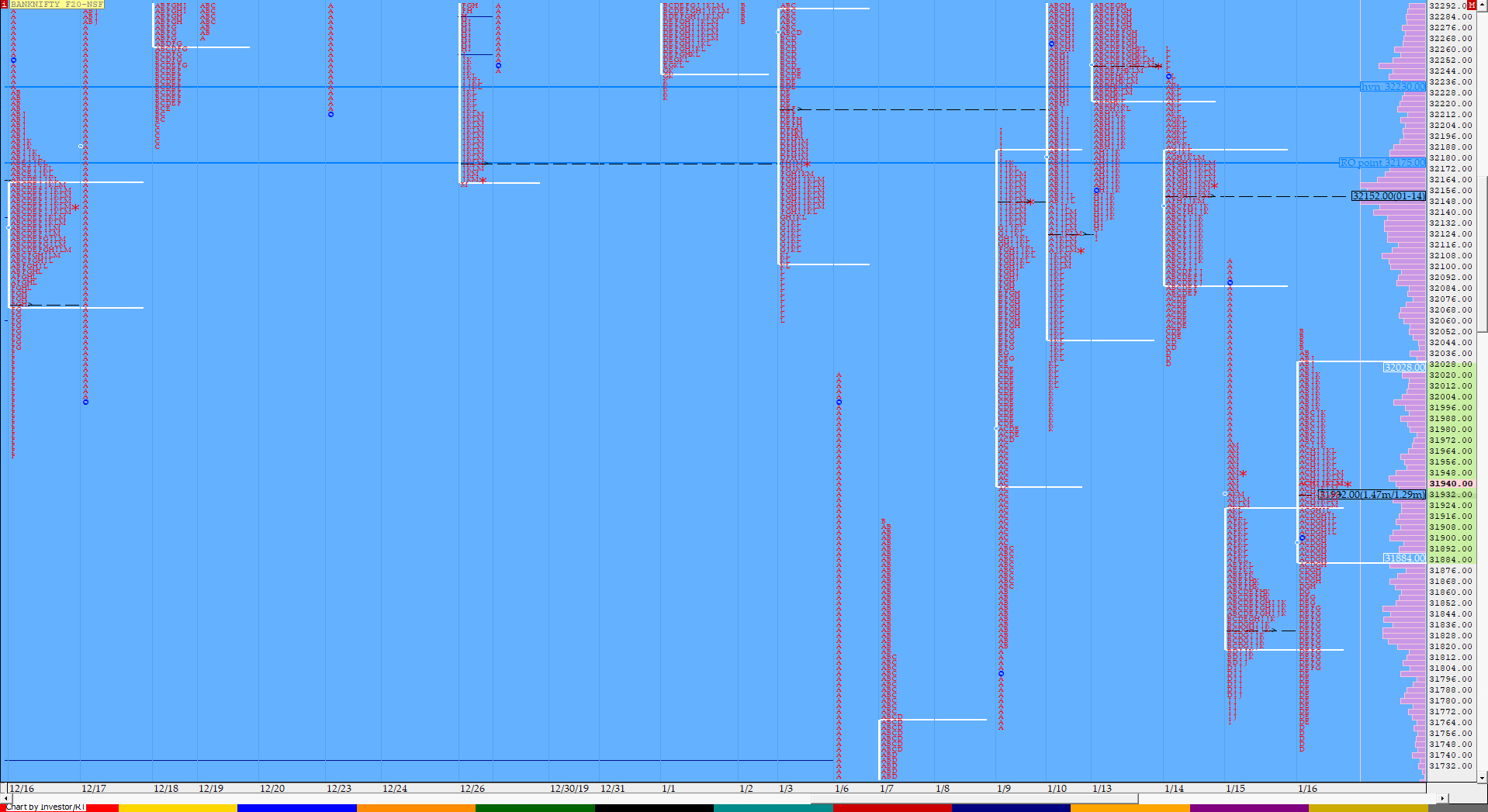 BNF gave an OAIR start and took support above previous day’s POC of 31832 which was a bullish signal as it probed higher getting into that selling tail of 31970 but got stalled at that negated FA of 32032 in the ‘A’ period. The ‘B’ period made new highs of 32054 but was immediately rejected which triggered a quick move to the downside over the next 2 periods as the auction not only made new lows for the day in the ‘C’ period but followed up with a probe below the PDL (Previous Day Low) in the ‘D’ period as it made lows of 31745 but was swiftly rejected and this led to a probe higher till the ‘J’ period where once again BNF stalled at the level of 32034 as it left a PBH (Pull Back High) there and made a dip to the dPOC before closing the day at 31935 leaving a balanced profile for the day but in the process has also formed a nice 2-day balance with Value at 31822-31843-31961 with probable objectives on the upside at 32152 & 32565 and on the downside at 31480 in the coming session(s).

View the MPLite chart of BNF forming a 2-day balance