Previous day’s report ended with this ‘NF made a narrow range balanced profile with failed attempts to extend the range on both ends of the Initial Balance leaving a Neutral Day as it stayed below the extension handle of 9183 and formed lower Value but took support just above recent lows of 9037 which would need to be taken out on good volumes for a fresh leg down towards 8995 / 8910 & 8760 in the coming session(s).‘

NF opened in previous day’s Value & got rejected from the VAH giving a late ORR (Open Rejection Reverse) to the downside and in the process even confirmed a multi-day FA (Failed Auction) at 9180 leading to a big move lower as it completed the 1 ATR objective of 8995 in the ‘A’ period itself and went on to almost tag the 2 ATR target of 8810 as it made a low of 8811 for the day leaving a ‘b’ shape long liquidation profile. However, the volume POC for the day shifted to the lows at 8826 at close which would be an important reference for the rest of the week holding which we could see a retracement towards the PBH of 8917 above which we have the long selling tail from 8949 to 9139. 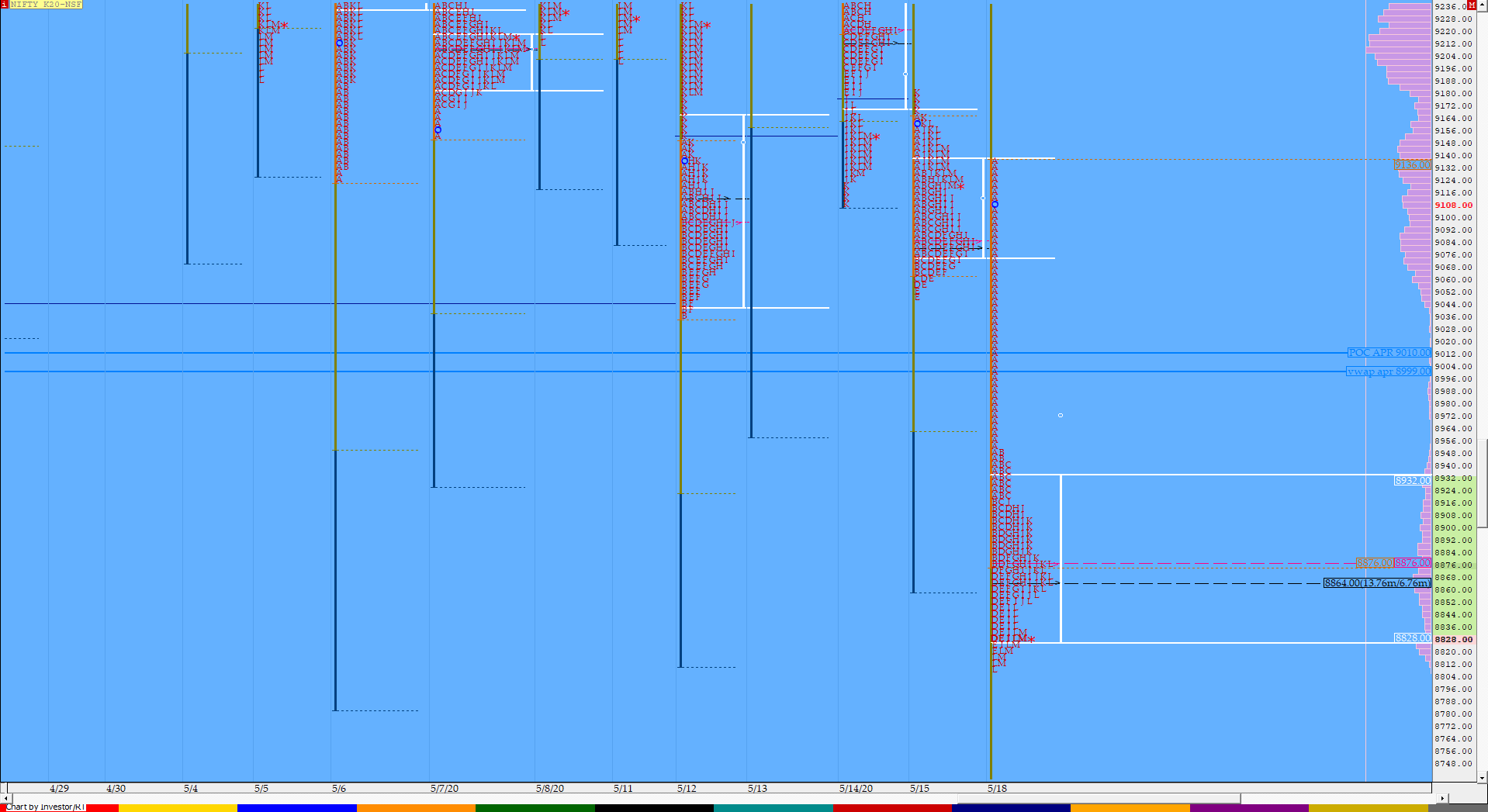 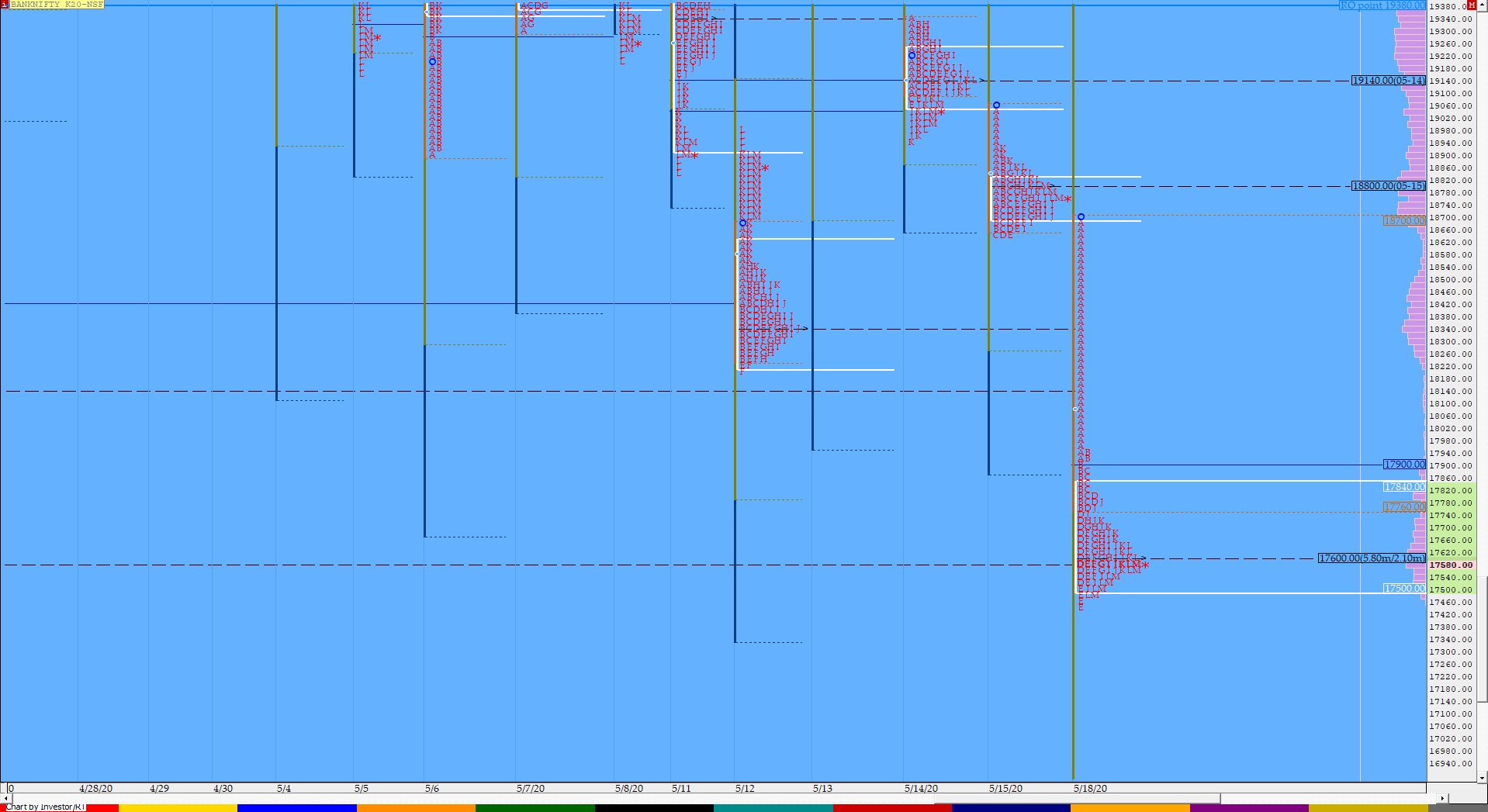 Previous day’s report ended with this ‘with the day’s Value being totally lower, the PLR would still be towards the VPOC of 18350 & the FA of 18209 if the auction is able to get new sellers below today’s lows‘