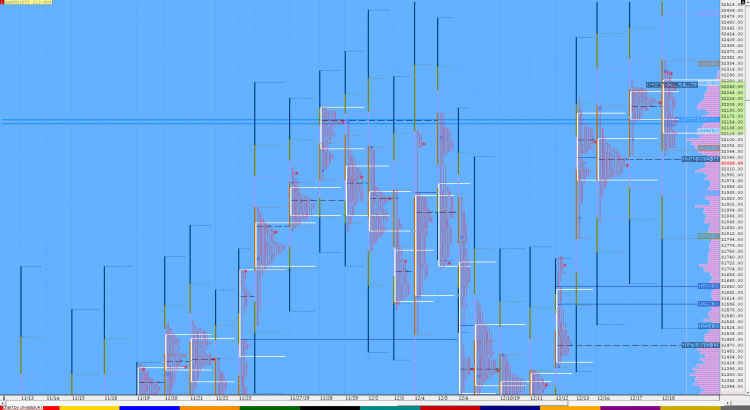 NF opened above the PDH (Previous Day High) as it tagged 12212 but got back into the spike zone of 12200 to 12180 giving an Open Auction (OA) start as the probe down stalled just above the yPOC of 12170 which was a signal that buyers are defending this HVN (High Volume Node). The auction then remained in the spike range for the next 4 periods with a failed attempt in the ‘C’ period to break below the spike where it got rejected from 12177 which was further confirmation that the demand is active below the spike. The ‘F’ period then made a RE (Range Extension) to the upside after which NF continued to probe higher making 4 more REs into the close tagging the 2 IB objective to the dot as it made highs of 12253 giving a hat-trick of spike closes. Value for the day was higher once again with the maximum volumes being traded at 12190 which will be an important reference for the rest of the series. Spike Rules will once again be in play and the reference for tomorrow’s open would be from 12226 to 12253. 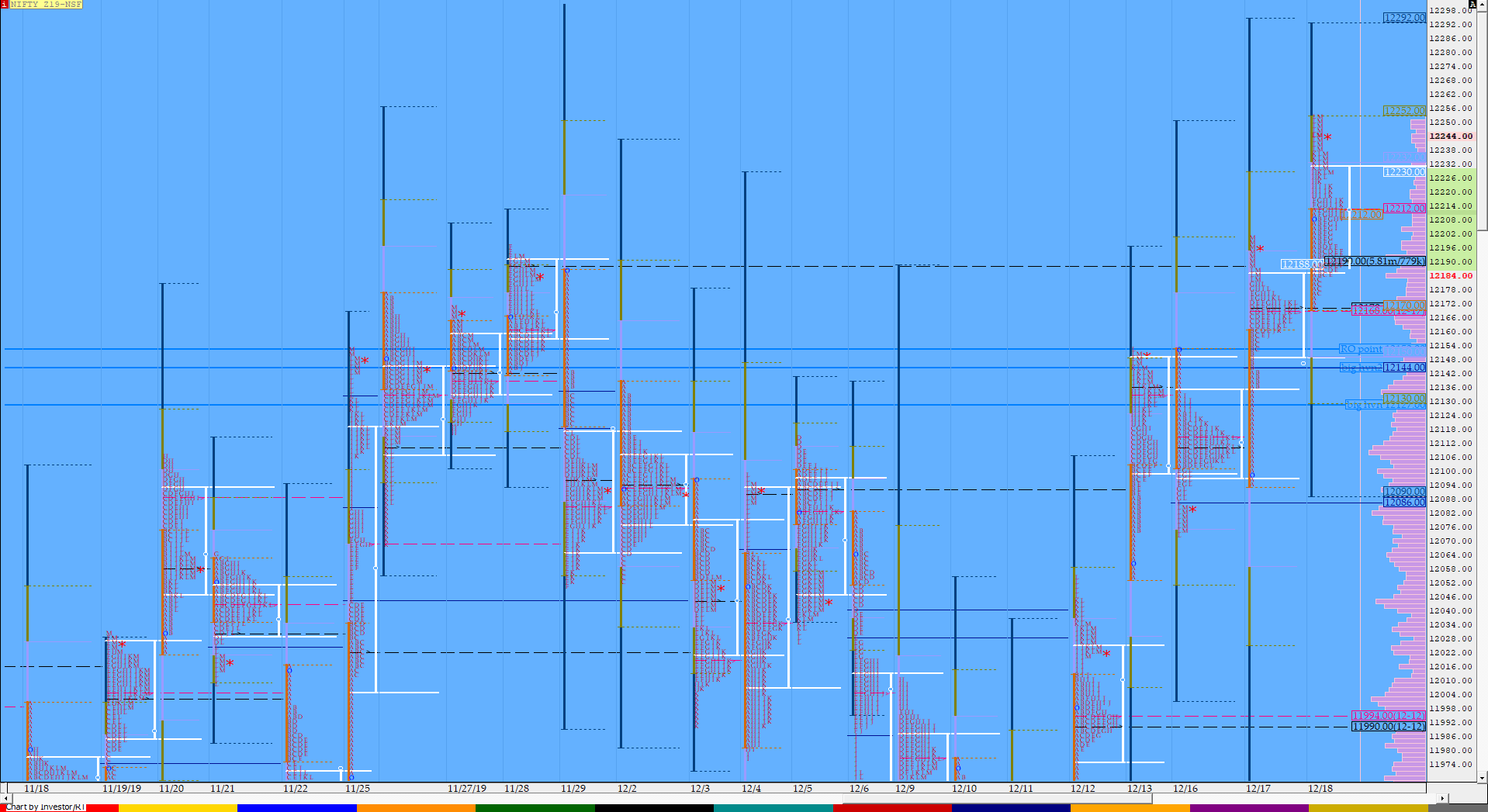 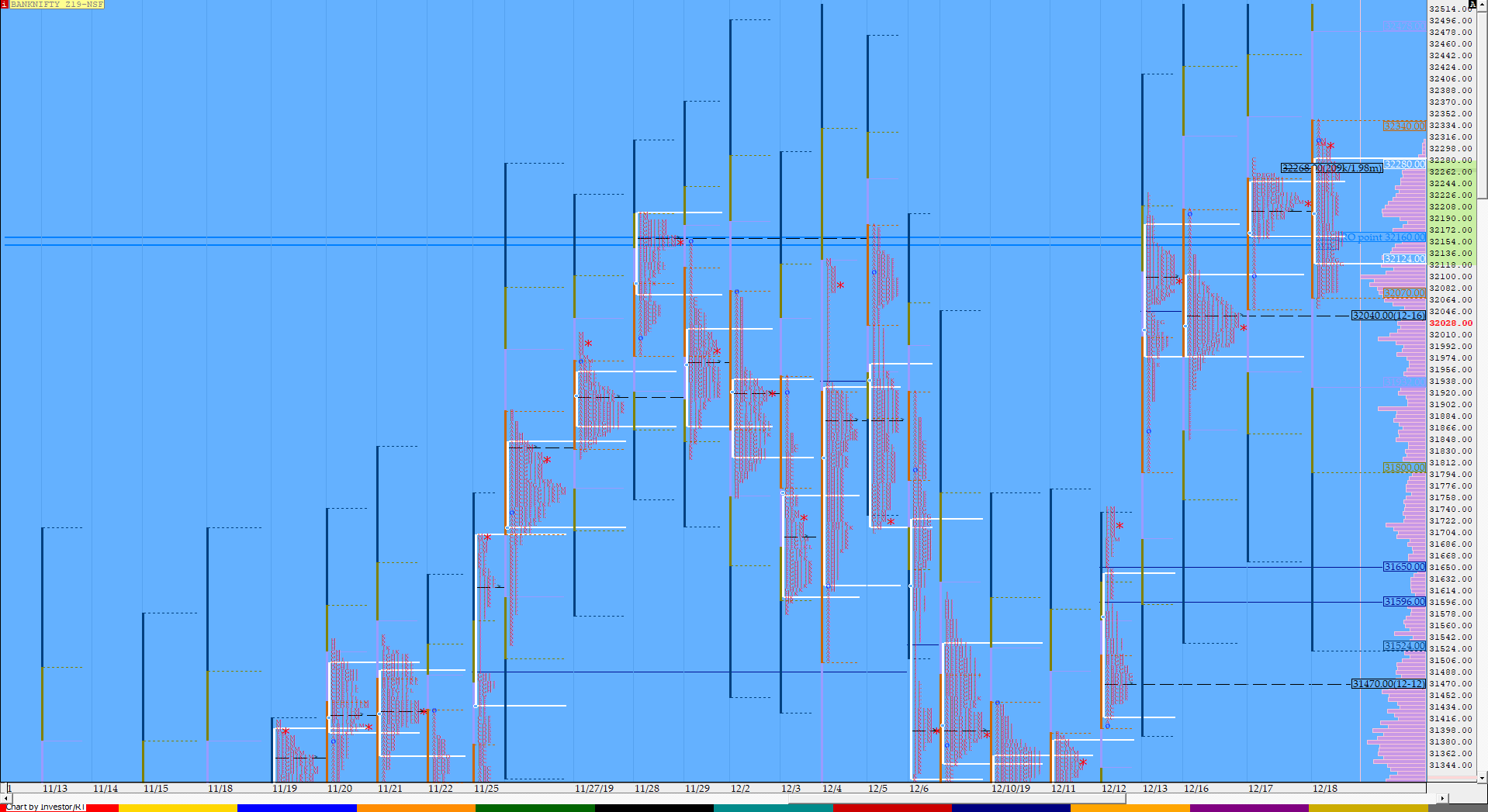 BNF also opened higher and gave a freak high of 32344 but could not sustain above PDH as it probed lower in the IB breaking below the yPOC of 32200 and making a low of 32070. The auction then made a ‘C’ side extension to the downside as it matched PDL of 32055 but could not get break below it indicating that the supply had dried up and it got back into the IB with the next 2 periods ‘D’ & ‘E’ making double inside bars staying below VWAP while building volumes at 32090. The ‘F’ period then began an OTF (One Time Frame) move higher into the close once it got above VWAP almost confirming a FA at lows as BNF made highs of 32315. Value for the day was overlapping just like the range and the 2-day composite has a HVZ (High Volume Zone) at 32200-32240 which would be the reference for the coming session(s).