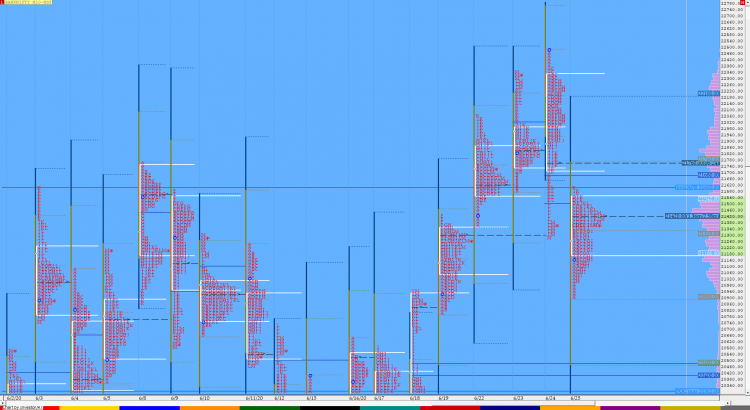 NF continued the imbalance of previous day’s Trend Down profile as it opened with a big gap down but left a buying tail in the IB from 10218 to 10175 suggesting that the downside probe was done as it then probed higher till the ‘D’ period where it made a high of 10320 stalling just below the selling extension handle of 10329 which indicated that the supply was coming back here. The auction then retraced the entire move up as it not only negated the morning buying tail but went on to make new lows for the day at 10156 in the ‘H’ period where it took support just above the VWAP of 19th June to make another probe higher as it once again got above the IBH which confirmed a FA at lows as NF then settled down to close at the prominent POC of 10240 leaving a Neutral Centre Day to start the new series of July. 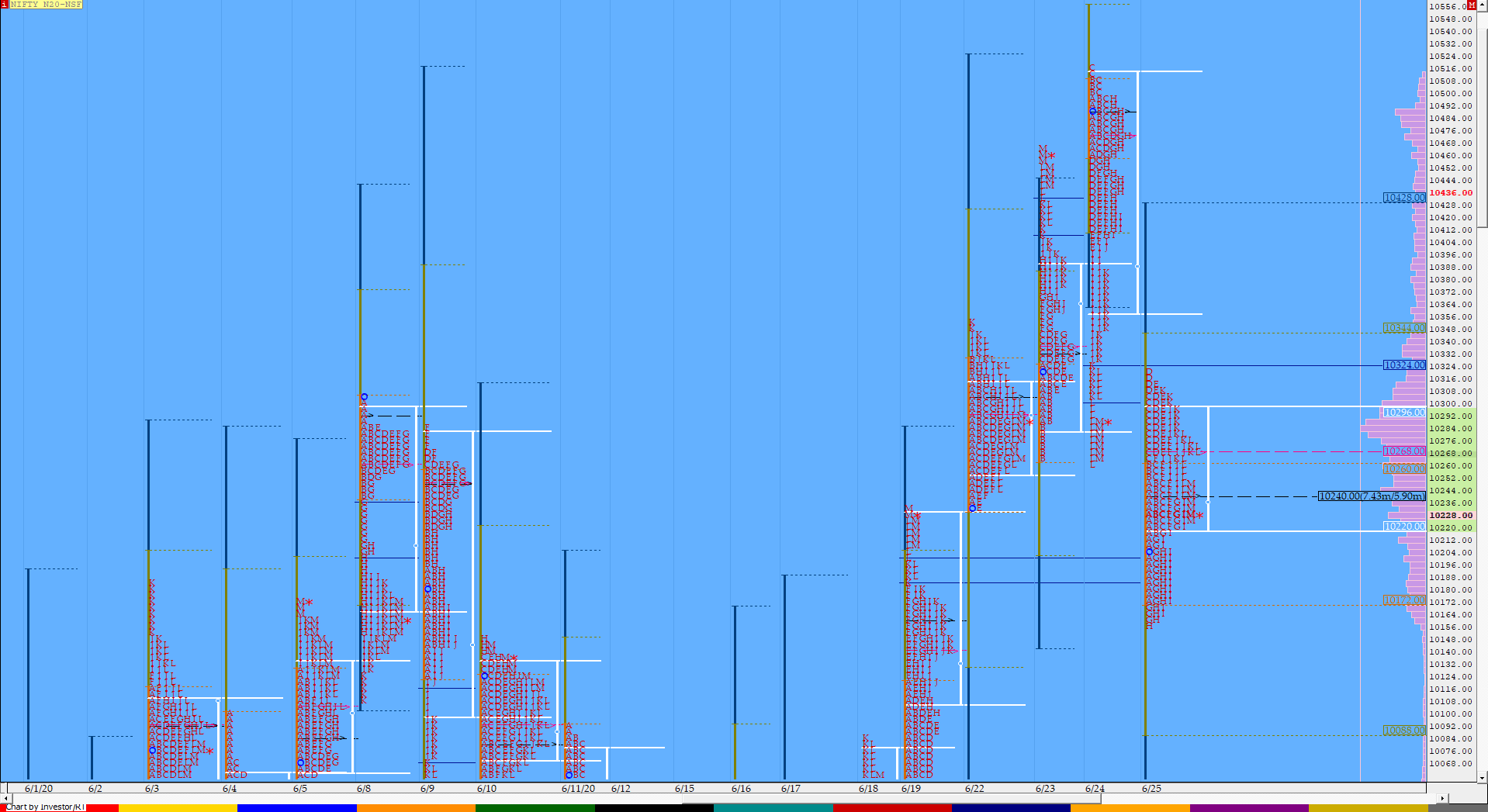 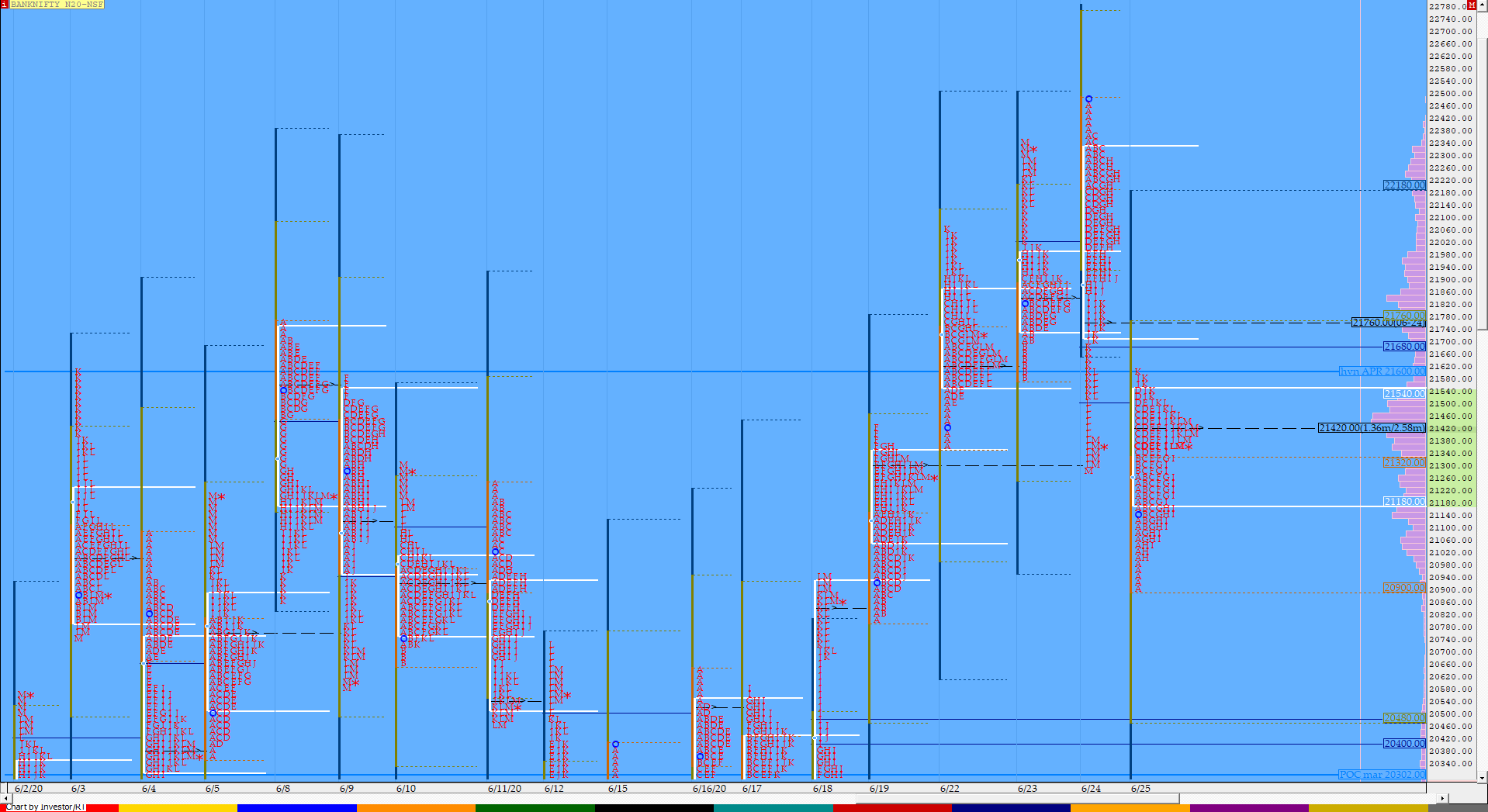 BNF also opened lower but faced swift rejection from the lows of 20900 as it left a buying tail from 21115 to 20900 to make a similar probe higher like NF till the ‘D’ period as it completed the 1.5 IB objective of 21557 to the dot & made a retracement back into the singles of morning but unlike NF, the auction took support at 21010 indicating that BNF was stronger and this led to a fresh probe higher as it went on to make new highs for the day at 21609 before closing around the HVN & prominent POC of the day.