NF opened around the yPOC of 11010 and took support at yVAL of 10994 as it made a low of 10991 in the opening 10 minutes to probe higher in the IB (Initial Balance) making a high of 11075 as soon as the ‘B’ period started but then retraced the entire up move to break below VWAP to closed at 11010 indicating that the FA (Failed Auction) of 11079 was very much in play. The auction then made a RE (Range Extension) lower in the ‘C’ period and followed it up with multiple REs down for the next 3 periods as it broke below the Trend Day VWAP of 10951 in the ‘D’ period & completed the 1 ATR move of 10906 from the FA in the ‘E’ period and almost tagged the Trend Day vPOC of 10886 as it made a low of 10890 in the ‘F’ period where it left a small buying tail indicating that the probe to the downside could have completed. This was further confirmed in the ‘G’ period as NF not only stopped the OTF (One Time Frame) move down since ‘B’ but also started a reverse OTF move to the upside as NF made higher highs on the remaining 5 periods of the day and even tagged the morning highs making marginal new highs of 11077 in the ‘M’ period but got stalled just below the FA indicating return of supply in this zone. NF has formed overlapping Value for the last 2 days with HVNs at 11069 & 11004 which would be the important references for the open in the coming session. 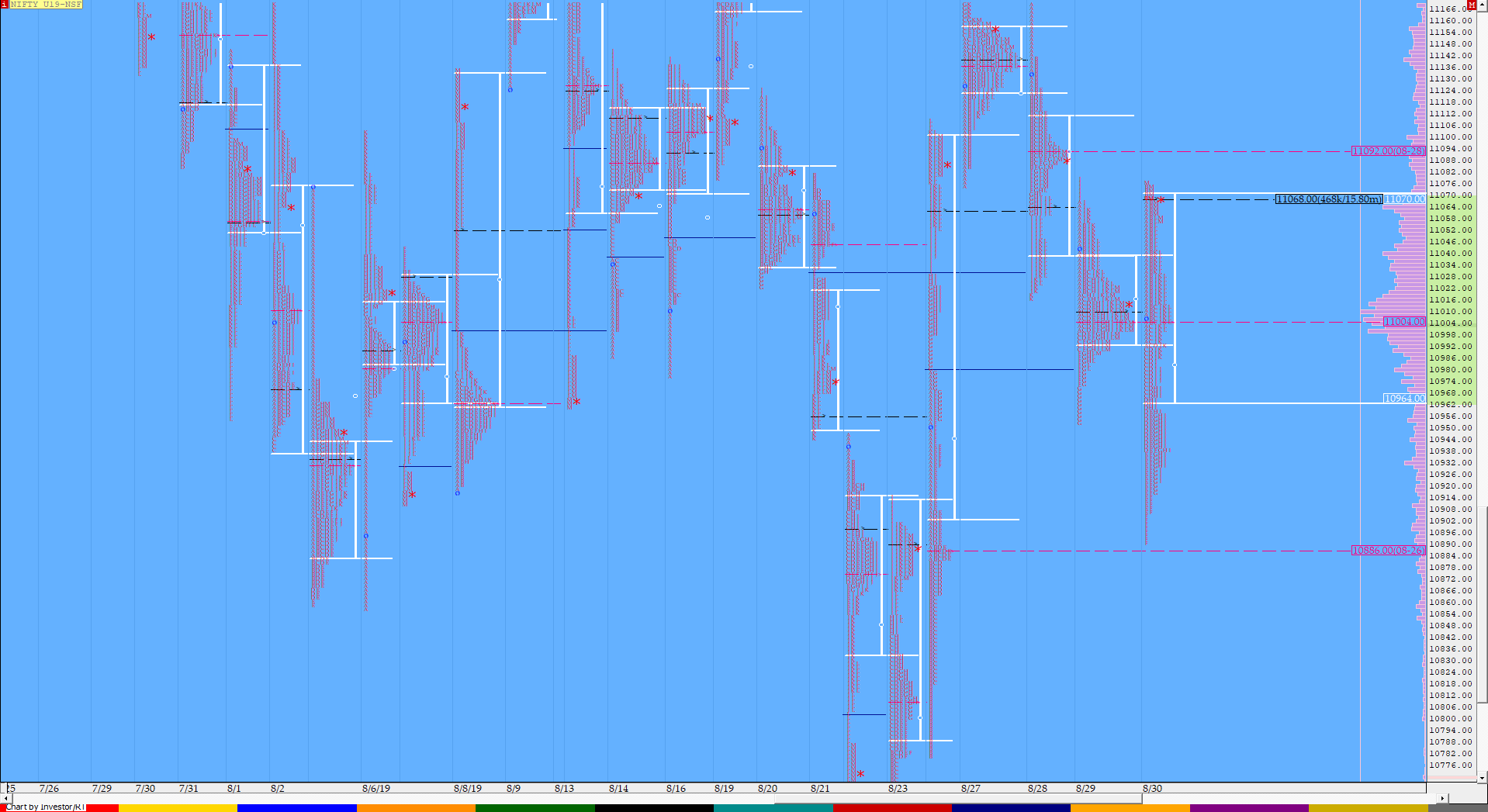 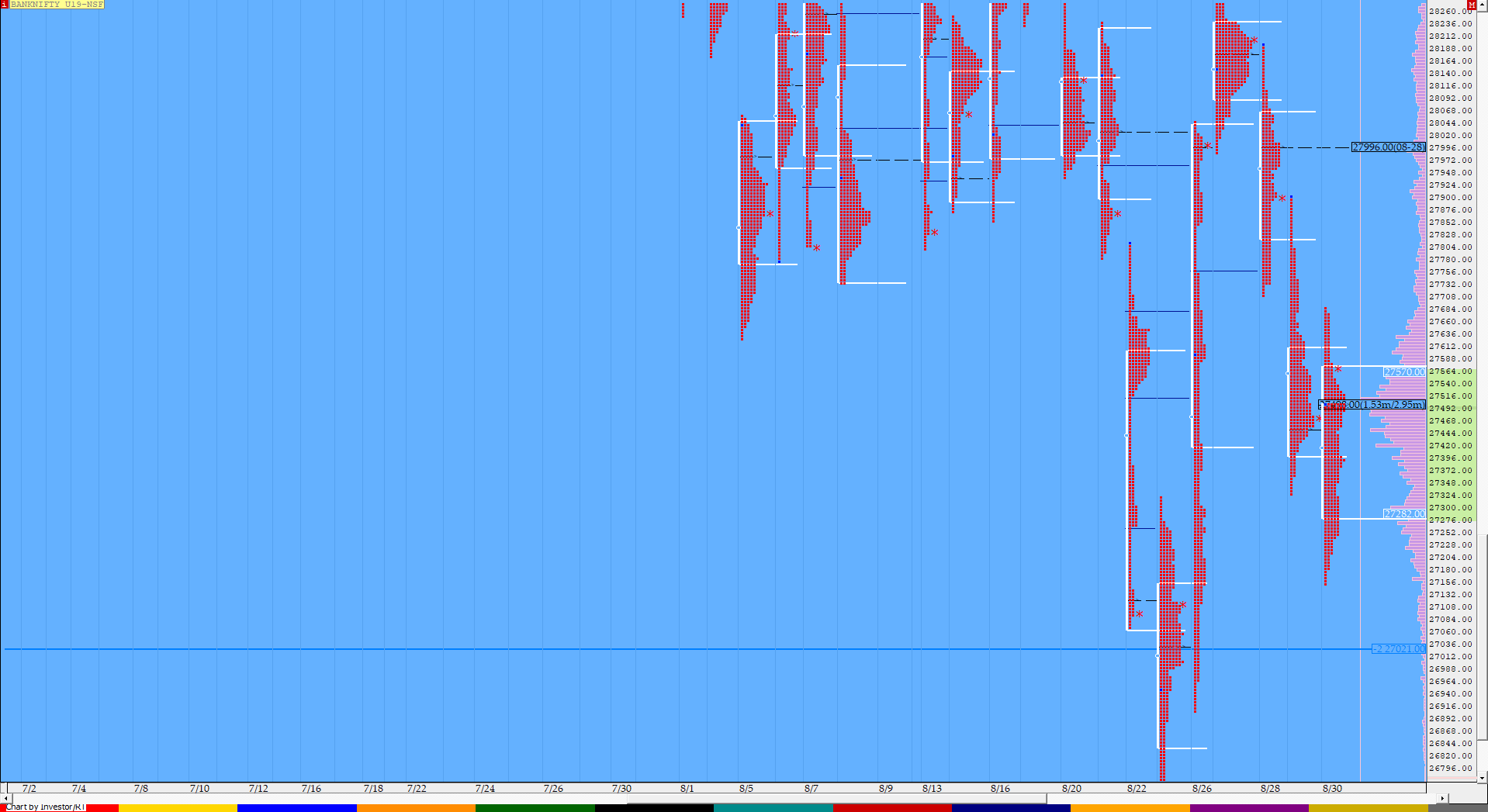 BNF opened with a gap up at 27501 & took support at the yPOC & HVN of 27450 in the opening 10 minutes after which it probed higher as it made highs of 27686 in the ‘A’ period but could not get above this in the ‘B’ period as it started a OTF probe lower breaking below VWAP & then the IBL making lower lows till the ‘F’ period where it made lows of 27151 completing the 2 IB objective to the downside. The auction then started to probe higher as it stopped the OTF move down in the ‘G’ period making higher highs for the first time in the day and continued this till the ‘J’ period where BNF got above VWAP and made highs of 27549. The ‘K’ period saw a dip below VWAP as the auction left a pull back low of 27344 where it got rejected after which it resumed the probe higher to get above 27549 and made new highs of 27577 in the ‘M’ period while building big volumes at 27500-510 zone which would be the immediate reference on the downside in the next session.